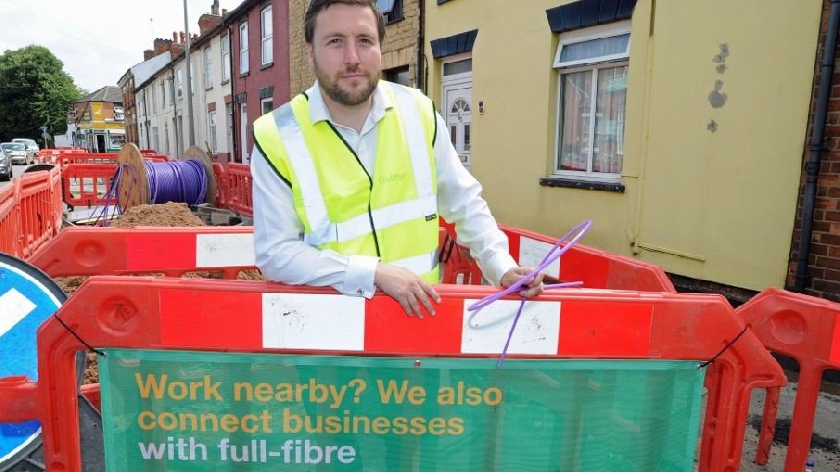 The citywide expansion of the existing full fibre network began in March this year and is part of CityFibre’s strategic partnership with Vodafone, which will provide gigabit capable broadband to at least one million UK homes and businesses by 2021.

For the first time, homes, as well as even more businesses, are set to benefit from full fibre connectivity as CityFibre, which has led the Gigabit City project in MK since 2016, invest an additional £40m into building new digital infrastructure throughout the local area.

The city is already recognised as a key player in the UK’s digital economy and the latest development will help position the MK as one of the best digitally connected locations on the planet.

CityFibre’s works began in Bancroft, Bradville and Stantonbury and has now reached Great Linford and New Bradwell – with the news welcomed by Pete Marland, as both Council Leader and local Ward Councillor, saying: “Milton Keynes is a very successful, innovative city and we are growing. We are really good at creating jobs however we need to make sure that’s supported by the next generation of telecommunications and full fibre technology. CityFibre has done a great job working with MK Council to transform us into a Gigabit City and I’m excited to see the build continuing at pace.”

CityFibre is using modern build techniques to deploy the network quickly, while working closely with the council and local communities to ensure a fast and successful roll-out with minimum disruption to residents.

Jean Gowin, CityFibre’s City Development Manager for MK, said: “For the first time, homes across MK will have access to full fibre connectivity, and this will have a hugely positive impact on our city. Less than four percent of premises in the UK have access to this type of connectivity so it’s very exciting that MK is the flagship project for our ‘fibre to the premises’ roll out.

The first 50 residents are putting the city’s new full fibre connectivity to the test as part of Vodafone’s Gigafast trials, which began in July. Live services are expected later this year.

To find out more about CityFibre’s Gigabit City vision for Milton Keynes visit their website.