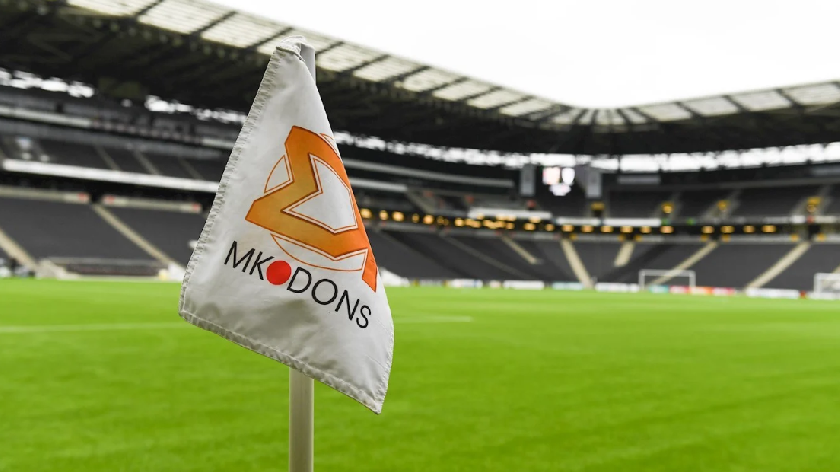 Milton Keynes Dons are delighted to confirm the appointments of Liam Sweeting and Simon Crampton as Sporting Director and Performance Director, respectively

Following the departure of Executive Director Andrew Cullen, the Club have taken the opportunity to restructure the First Team operation by establishing the two new roles of Sporting Director and Performance Director.

Sweeting and Crampton will work with First Team Manager Russell Martin to deliver a successful first-team football operation at Stadium MK, while also working closely with Jon Goodman to maintain the Academy pathway.

Chairman Pete Winkelman told mkdons.com: “As I have said previously, change provides opportunity, and we are taking this opportunity to modernise our Football Club which will lead to a fundamental change in how we operate.

“By creating the roles of a Sporting Director and Performance Director, we are providing our manager and First Team with the backroom support they need, as we look to bring on-field success to Milton Keynes.

“I am very excited to announce these two new roles but I am even more thrilled to announce that these new positions will be filled by individuals who have already contributed so much to our Club.

“At MK Dons, we are all about development, both on and off the pitch, and this is a fantastic opportunity to recognise the work that Liam and Simon have done and allow them to grow as individuals for the benefit of both themselves and the Football Club.”

Manager Russell Martin added: “I am very excited about this new structure. It’s a modern structure and one that a number of the top clubs are following, and we now have it in place with people who are very capable.

“This change has provided a fantastic opportunity for Liam and Simon, who have already contributed so much to this Club, and are two people I believe in professionally and personally.

“They will provide consistency, continuity and long-term strategy to the first-team set-up, and allow us to build on what has been a positive season.”

Sweeting joined the Club in March 2018, having previously worked in posts at Blackpool and Crystal Palace, and during his time at Stadium MK has enjoyed considerable success in transforming the Club’s recruitment and performance analysis departments.

In his new role, Sweeting will be responsible for the strategic direction of the Club’s ongoing football development, managing player recruitment at all levels and working closely with the Academy to maintain the pathway to the First Team.

Sweeting told iFollow MK Dons: “It’s a role that I have given a lot of thought to and worked towards, and it’s one that I am very excited for.

“This restructure shows how the Chairman wants to move this Club forward in a positive direction. I already have a fantastic relationship with the Chairman, and Russ, so this move isn’t about major change but about us building and taking that next step as a Football Club.

“The immediate work starts now as we look to build a competitive squad for next season. We aren’t setting out just to finish in the top ten - we want to strive to do the best we can possibly do. Let’s achieve something together.”

Crampton, meanwhile, is set to enter his 16th season with MK Dons, having joined the Club as Head Academy Physio back in 2006.

As Head of Sports Science and Medicine, he has been an integral component in the football operation at Stadium MK and this will be enhanced in his new role as he provides the First Team with all the organisation, structure and performance strategies they require.

Crampton told iFollow MK Dons. “I am excited and proud to have been given this opportunity. Throughout my 15 seasons at MK Dons, I have been preparing myself to take this next step - I am very motivated and determined and I can’t wait to get started.

“Together with the Chairman, Liam and Russ, we have put together a structure that we believe can take MK Dons forward. Within that, I will be looking to drive a high-performance culture across the Club and providing everyone with the chance to be the best they can be.

“It feels like there is a lot of momentum building here and we want to capitalise on that. We’ve got tough and challenging times ahead of us but I think with this consistent approach, I am confident we can continue moving forward.”