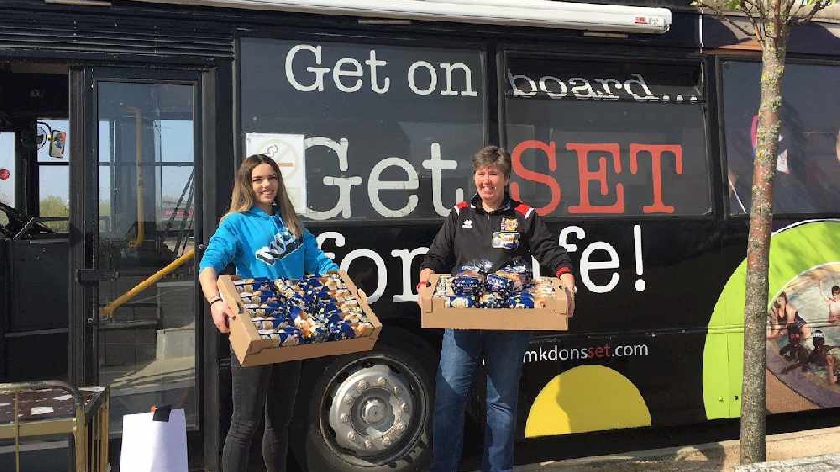 The Chief Executive of the MK Dons Sport and Education Trust (SET) is taking part in the latest CEO Sleepout next month, raising vital funds to fight homelessness and poverty in Milton Keynes.

Maralyn Smith will be giving up her bed on June 1st and sleeping out at home, as part of a national campaign organised by CEO Sleepout - a charity set up to fight homelessness and poverty.

“I will be sleeping in the garden,” Maralyn told iFollow MK Dons. “I must let the neighbours know before they wonder what I’m doing!

“This is a national event and I know there are lots of people who will be doing the same. We’re looking to raise as much money and awareness as possible, for those who are rough sleeping during this time.

“We’ll also be raising money for MK Dons SET, as part of the process as well.”

Maralyn added: “I’m going to try and encourage my dogs to join me but I think it’s just going to be me out there on my own. I hope it will be warm weather but I’ve got a feeling I won’t be!”

Maralyn is aiming to raise £1,200 to split between the CEO Sleepout and the MK Dons Sport and Education Trust – click HERE to visit her Just Giving page and donate.

MK Dons SET also hosts a weekly food larder where people in need can receive a weekly food parcel. If anyone is in need of a food box, they can visit the MK Dons SET bus at Stadium MK every Friday between 10am and 12pm.

All you have to do is simply fill out a form and then pick up your box of basics to help you through the crisis.

The project, which is supported by Sofea, hopes to continue providing basic supplies for those in need over the next few weeks, with the long-term goal to set up a food bank at Stadium MK.