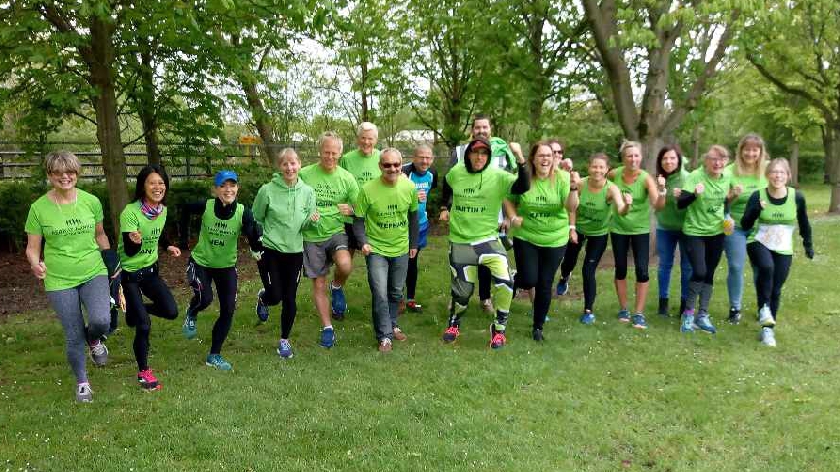 The Redway Runners were out in full force this Sunday 28 April with just under 100 members taking part in one of the most famous races, the Virgin Money London Marathon.

The members who took part have some amazing stories behind the reasons for running and many raised funds for a number of charities in completing the 26.2 mile course.

44-year-old Brett Burgess from the city who was diagnosed with Parkinson’s in 2012 is a keen runner to help support his chosen charity, Parkinson’s UK. His symptoms which sometimes include tremors, stiffness and aching muscles do get the better of his running and is quite disheartening for Brett but he says, “Running and general exercise helps me massively not only physically but mentally too.”

Another runner in the group, Jessica Wesley, who signed up to the ‘Zero to Hero’ programme just last year completed the iconic marathon too. She ran the course in memory of her nephew who was born sleeping and it would have been his fourth birthday on the actual day of the London Marathon.

Jessica couldn’t run further than 5k and said, “Up until the start of the Zero to Hero programme I even found a parkrun really tough. But thanks to my run coaches I have achieved milestones I never thought possible.”

The club’s fastest joint runners came in at 2.39:00, Jamie Farmer and Piers Vallance. Jennifer Sangster was the first Redway Runners lady at a time of 3:13:40 and Maurice O’Connell who came in 14 position in his age category.

Martin Lawrence the club Chairman was delighted with the real dedication of the runners who took part in Sunday’s London Marathon. “Well done to those who took part including those who did after completing the Zero to Hero Programme. Our free courses are hugely popular and really do change people’s lives.”

The Redway Runners is an all-inclusive running club in Milton Keynes and has sessions every day of the week to suit the needs of all people. For more information about the club, visit: www.redwayrunners.com