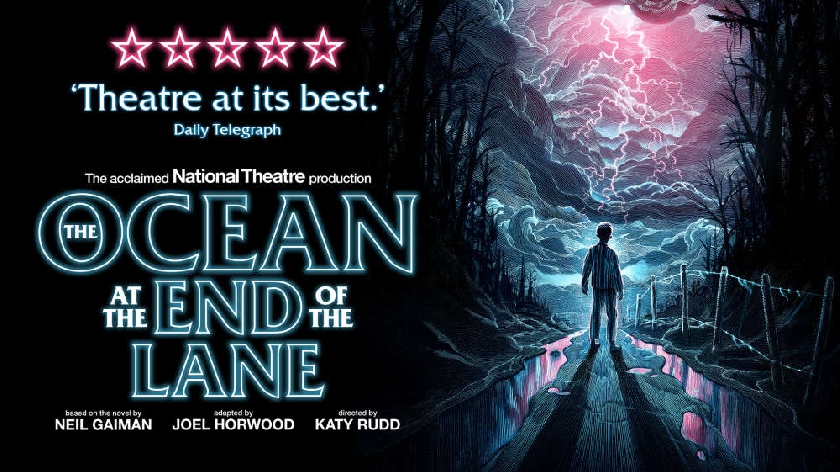 The National Theatre’s critically acclaimed production of The Ocean at the End of the Lane will tour to Milton Keynes Theatre from Tuesday 27th June 2023.

The National Theatre’s critically acclaimed adaptation of Neil Gaiman’s THE OCEAN AT THE END OF THE LANE will tour the UK and Ireland later this year, direct from the West End, visiting Milton Keynes Theatre from 27 June to 1 July 2023. Directed by Katy Rudd (Camp Siegfried) and adapted by Joel Horwood (Skins, I Want My Hat Back), the first major stage adaptation of Neil Gaiman’s work is a thrilling adventure of fantasy, myth and friendship, which blends magic with memory in a tour-de-force of storytelling that takes audiences on an epic journey to a childhood once forgotten and the darkness that lurks at the very edge of it. Tickets go on sale from 20 May with an ATG TheatreCard presale on 19 May.

Returning to his childhood home, a man finds himself standing beside the pond of the old Sussex farmhouse where he used to play. He's transported to his 12th birthday when his remarkable friend Lettie claimed it wasn't a pond, but an ocean – a place where everything is possible...

Plunged into a magical world, their survival depends on their ability to reckon with ancient forces that threaten to destroy everything around them.

Touring for a total of 40 weeks, this is the largest tour mounted by the National Theatre since before the COVID-19 pandemic. It follows a celebrated six-month run of The Ocean at the End of the Lane at the Duke of York’s Theatre in the West End, which opened in November 2021 after the production received its world premiere in the Dorfman Theatre in late 2019.

Director Katy Rudd said: “When Neil Gaiman gave the National Theatre his blessing to stage his novel The Ocean at the End of the Lane we knew that this book was treasured across the world by Neil Gaiman’s legions of fans. The writer, Joel Horwood and I wanted to be faithful to the novel and at the same time create a big, bold, visual show with more than just a little bit of magic. Thanks to our amazing creative team we found ways to fit an ocean into a bucket, and bring huge mythical creatures like the Hunger Birds to life on stage….but at its heart, Ocean is a human story about a family and a young boy growing up, experiencing real emotion and real pain, and finding a way to get through it with the help of his friends. We hope we have created something that is both profound and visually exciting that will appeal, not only to regular theatre audiences, but also to younger people from the ‘Netflix generation’ who might not have been to the theatre before. It is a beautiful, rich, multi-faceted story and as this production goes on tour we are still adapting and evolving it and finding new meaning in its depths. That is the magic of live theatre and we can’t wait to share it with our audiences.”

National Theatre Director Rufus Norris said: “That Joel Horwood, Katy Rudd and their formidable creative team have managed to wrestle Neil Gaiman’s incredible imagination and the worlds which spring from it onto a stage is magic in itself. We’re so proud to tour this work around the UK and Ireland, to share this beautiful story with audiences nationally, and to visit so many gorgeous theatres which, like ours, have recently been dark for too long.”

Neil Gaiman is known for his graphic novels, including The Sandman series (with a major new Netflix series scheduled for release in 2022); his novels for adults and children including Stardust, Coraline, and The Graveyard Book; and multiple film and television projects including Good Omens and Anansi Boys. The Ocean at the End of the Lane was the winner of the Book of the Year at the 2013 National Book Awards and has sold more than 1.5 million copies worldwide.

The Ocean at the End of the Lane is suitable for ages 12+. 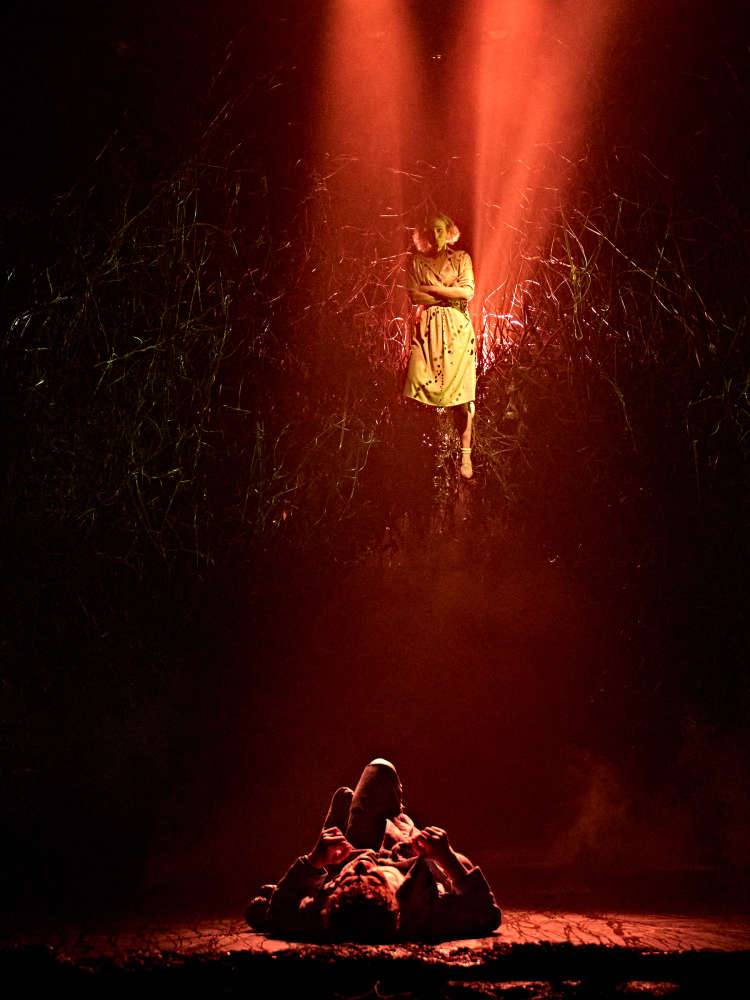 General on sale: Fri 20 May