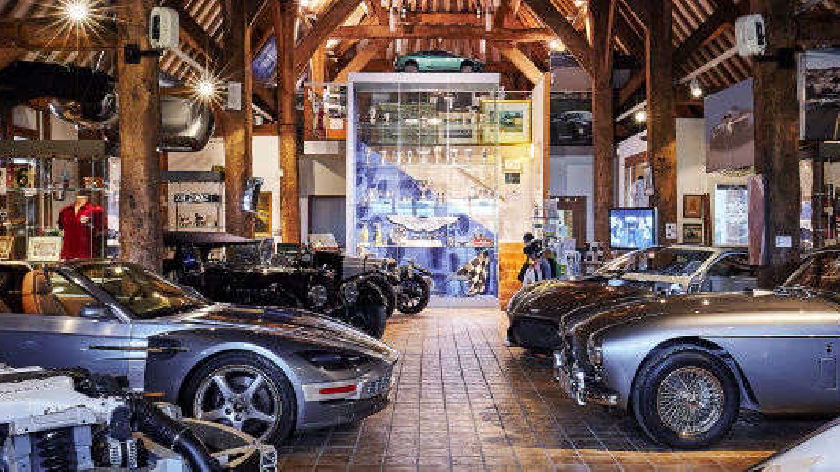 As the new James Bond film, No Time to Die enjoys a record box office premiere the world over, a new car museum showcasing the very brand most associated with 007 could be opening too.

As the new James Bond film, No Time to Die enjoys a record box office premiere the world over, a new car museum showcasing the very brand most associated with 007 could be opening too.

Milton Keynes Council has agreed to proceed with a ‘disposal of land’ in Newport Pagnell to the Aston Martin Heritage Trust (AMHT), for construction of a new Aston Martin car museum.

The car park will be built on Lovat Meadow (off Downs Field), which was a caravan park operated by the council, but it has been in disuse “for a number of years”.

Meanwhile, the museum would be built on nearby allotment land owned by the town council.

The deal will see the council “discount” the site’s value from £120,000 to zero for the museum’s “huge social and cultural benefits”.

“This new museum will not only showcase the history of Aston Martin, a world-famous vehicle designed and created right here in MK, but it will also act as a centre of learning…that will involve a collaboration with local schools and also with Cranfield University.”

He added: “We have received an independent market valuation for the site which puts its value at £120,000.

“Ordinarily the council would look to dispose of land at its value but given the huge social and cultural benefits of this proposal, our view is that it is right and correct that we discount that price to nil value.”

A council document reads: “Being adjacent to the River Ouzel the southern section of the site is in flood zones 2 and 3 limiting the use of the site to some extent and having an impact on the site’s market value.”

It adds: “The council will meet its own reasonable legal and valuation costs incurred in making the land disposal to AMHT.

“These costs will be recovered using some of the S106 monies (£149,079) from the Tickford Fields development, which provides for the monies to be used in the first instance for an Aston Martin museum locally.”

Planning consent will be required.