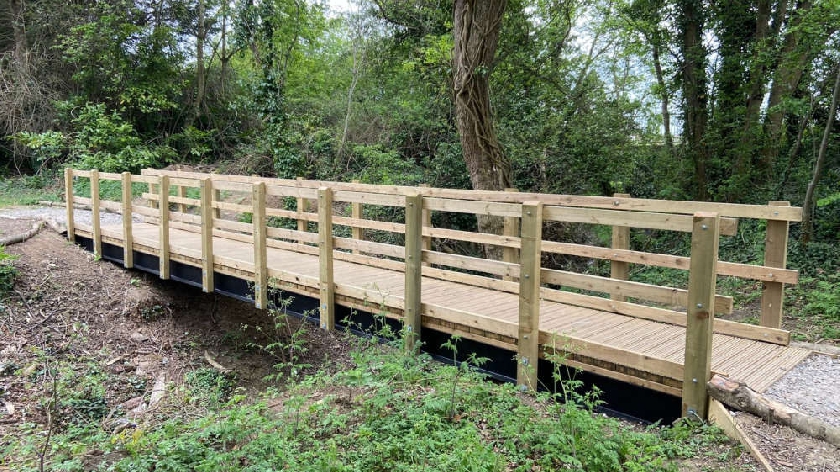 A brand new bridge has been installed to create a scenic bluebell circuit walk in Milton Keynes.

The Parks Trust is an independent charity that cares for over 6,000 acres of parkland and green space in Milton Keynes.

The charity has announced that following a partnership with the Two Mile Ash Environmental Group (TMAEG), a new bridge has been installed at Two Mile Ash near the V4 to create a bluebell circuit walk.

TMAEG led on the design, planning and funding for the bridge materials with support from Milton Keynes Community Foundation and David Lock Associates.

The Parks Trust also carried out thinning of the nearby plantation which will help the trees to develop and ensure there is enough light for the bluebells to flourish along with 65 trees and shrubs which were planted by TMAEG.