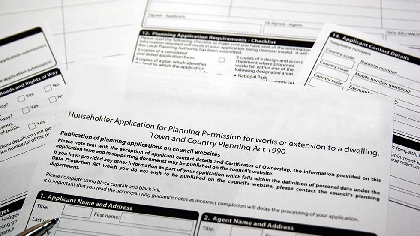 A triangle of farm land is set to provide the next piece in the jigsaw of housing developments near the village of Wavendon.

Known as the “Wavendon Triange” the 0.87 hectares of land sits between Newport Road and Stockwell Lane, and has been earmarked by L&Q Estates as being suitable for up to 23 new one and two bedroom apartments.

The wider area is set to see more than 1,100 homes on the nearby Glebe Farm development site, along with primary and secondary schools and a local centre, as the city expands further east.

The Wavendon Triangle, which is owned by MK Council’s highways department, is in the same area of the village as The Stables Theatre. Only a few weeks ago another site on the western side of the venue was the subject of a fierce planning battle over noise concerns.

But the latest proposal will see a buffer zone in the form of a cricket pitch, between The Stables and the new housing.

And the plan also includes a new link road between Stockwell Lane, and Newport Road, and a better junction for the entry to The Stables.

Stockwell Lane is set to be a one way access road for emergency vehicles, cyclists, and pedestrians only. Part of the  new traffic-light controlled junction has already been completed.

Other planning applications lodged with the council include:

> Demolition of existing garage, part retention of related historic stone wall, and construction of 2 new dwellings with amenity space and parking on an area of land to the rear of Kardamom Lounge Indian restaurant at 34 High Street, Stony Stratford, Milton Keynes, MK11 1AF.

> Formation of road and footways as extension to Glebe Road to serve proposed residential development of 14 dwellings subject of outline planning permission 16/01630/OUT. Land East of Castle Road And North of The Glebe, Lavendon.