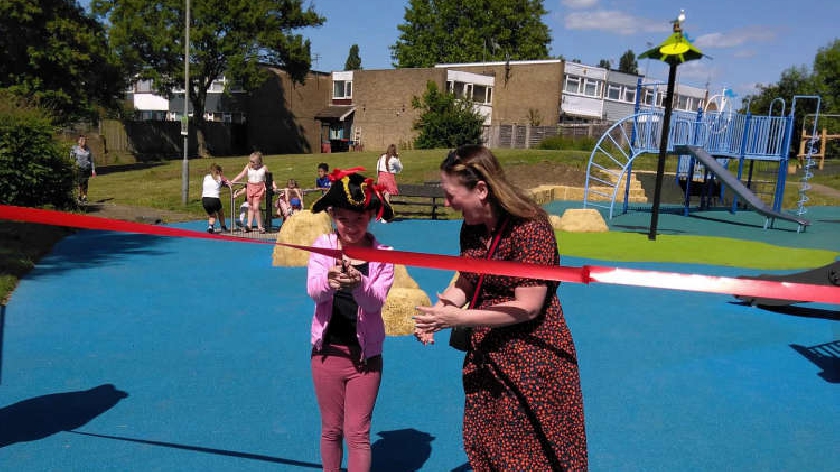 A second play park has reopened on the Lakes Estate as part of the Council’s major regeneration programme for the area.

It’s now in the process of selecting a preferred contractor for the first build phase, which includes 202 new council homes and new shops. Once final costs have been approved by the council in the autumn, it's expected that a contractor will be appointed and start onsite by the end of 2022.

Cllr Emily Darlington says, “I really enjoyed opening the new play park with Bella and seeing her vision for the area come to life. Regeneration is much more than just building new homes and these play parks empower local children and give them the opportunities to learn and grow.

“We’ve got big ambitions for the Lakes Estate and I look forward to continuing our work with the local community to deliver on the proposals they voted for.”