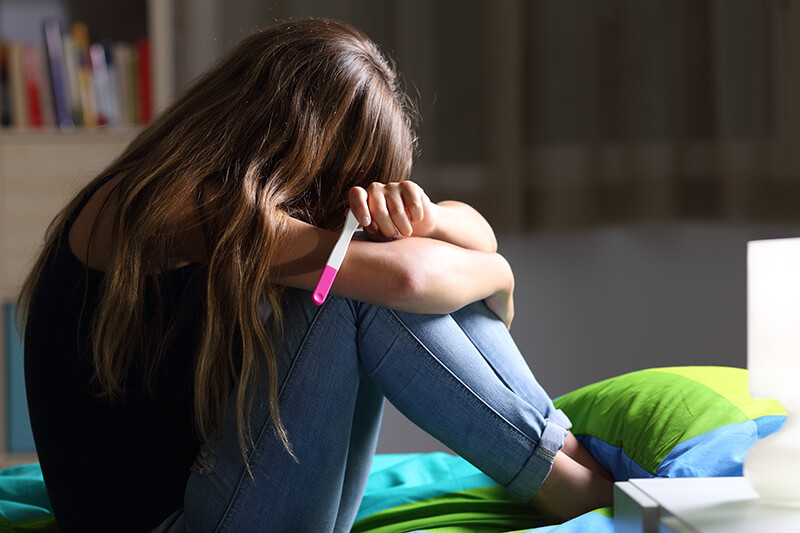 The data published by the ONS today shows that in England 17.8 per 1,000 young women under-18 became pregnant

The rate of under-18 conceptions in England and Wales decreased for the 10th year running, according to data released today (Monday 15 April) by the Office for National Statistics (ONS).

The Teenage Pregnancy Knowledge Exchange (TPKE) at the University of Bedfordshire, welcomed the publication of the ONS, but stressed the need for a continued focus.

"We welcome the continuing downward trend in England's teenage pregnancy rate, but there is no room for complacency. Stark inequalities persist between and within local areas, and outcomes for young parents and their children remain disproportionately poor, with notably higher rates of poor maternal mental health, low birth weight and infant mortality.

“Effective implementation of statutory relationships and sex education in all schools in 2020 is key for sustaining progress in the long term, but councils continue to require sufficient resources to focus on the other aspects of effective teenage pregnancy programmes – including youth-friendly contraceptive services, targeted help for young people most at risk and high-quality support for young parents.

“Significant reductions in inequalities will also depend on tackling the wider determinants of early pregnancy and poor outcomes – notably family poverty and school exclusion and poor attainment."

The Teenage Pregnancy Knowledge Exchange, at the University of Bedfordshire, is the national source of expert advice and information on teenage pregnancy, providing training, research and consultancy. Alison is also Teenage Pregnancy Advisor to Public Health England and working with the World Health Organisation to share the successful lessons of the Teenage Pregnancy Strategy internationally.