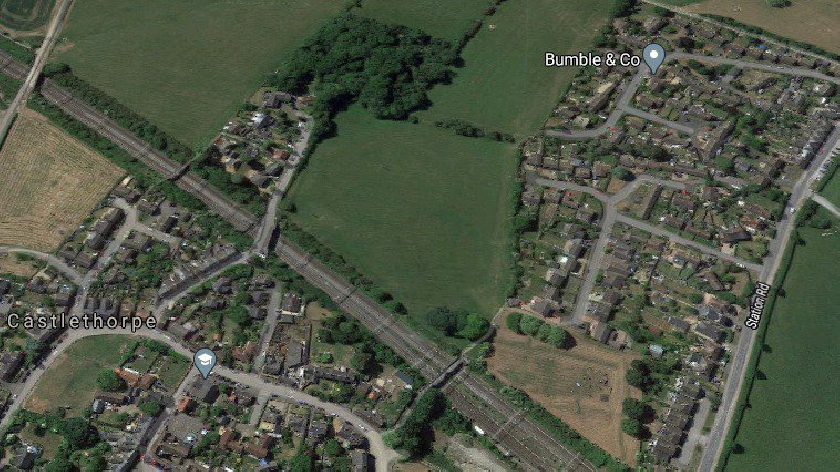 Villagers in Castlethorpe are spoiling for a courtroom fight with Milton Keynes Council over protecting a much-loved field.

The issue of giving Local Green Space status to Gobbey’s Field was scrutinised at a meeting yesterday (Wednesday) after an earlier borough council rejection of the bid.

“Castlethorpe is not a poor village and the local sentiment for Gobbey’s is very strong,” said campaigner Leo Dunwoodie, a village resident for 41 years.

“Fundraising will not be an issue. In fact we have already raised enough funding to take us to the pre-action letter stage.”

He said locals are considering launching a judicial review.

Council leader Cllr Pete Marland (Lab, Wolverton) was called to a meeting of the strategic place-making scrutiny sub committee to explain an earlier decision not to include Gobbey’s Field in the Castlethorpe Neighbourhood Plan.

Rejecting calls to reconsider, Cllr Marland said it is “an open and shut case.”

The council has accepted the recommendation of a planning examiner and sought a barrister’s advice.

“There are no new facts, there is no different opinion, and we have a legal opinion that the proper process has been followed,” he said.

The meeting heard that the owner of Gobbey’s Field has also threatened to take legal action if the land is given Local Green Space (LGS) status.

But he said given the balance of risks he would rather agree with three different examiners and the council’s barrister than face the prospect of almost certain court defeat if they did not follow due process.

The meeting heard that the councillors had not been given access to the full counsel’s advice, despite Cllr Andrew Geary (Cons, Newport North and Hanslope) claiming that it is more nuanced than a one page summary concludes.

A majority of committee members decided to trust the summary.

Cllr John Bint (Cons, Broughton) was given a one word reassurance, a “yes” from top council planner Jon Palmer whether the land was already protected from development by being in the open countryside.

Castlethorpe Parish Council chairman Philip Ayles said the village should have been consulted to see if it agreed with a plan that excluded Gobbey’s Field. But he was told that he had been quoting “guidance based on the law, not the law itself.”

Olney Conservative Cllr Peter Geary decided not to support his brother, mayor Andrew’s call for the decision to be sent back.

He praised the “champions” of Castlethorpe for speaking up but said the committee had to decide if the decision was so bad they had to send it back.

He concluded that the high bar had not been crossed.

The committee agreed by five votes to one not to overturn the decision, with Cllr Bint the only member to vote against.

Castlethorpe Neighbourhood Plan will be presented to the public in a referendum on a date to be confirmed.