One of our favourite things comes to MK Theatre this Spring! 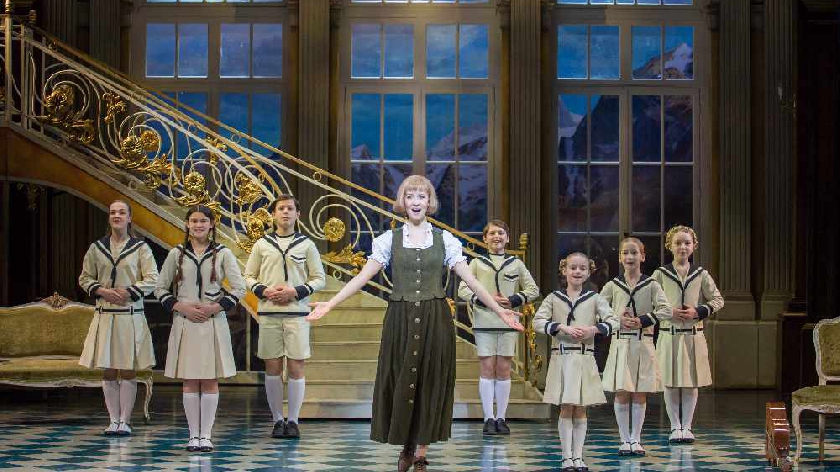 Believe it or not it is now 55 years since the release of The Sound of Music, the most successful movie musical in history and the show comes to Milton Keynes Theatre from Tue 17th to Sat 21st March.

Based on the extraordinary story of the world famous singing von Trapp family, it follows the story of Maria, a former novice nun, who joined the family as governess to the children - and promptly fell head over heels in love with Captain von Trapp. But with war imminent and the rise of the Nazi party in Germany an ever growing menace life in their beloved Austria, a country on the brink of being swallowed up by the Third Reich, became as dangerous as it was romantic.

The details of the family’s search for happiness through to their thrilling escape to freedom was told in Baroness Maria von Trapp’s 1949 autobiography, which inspired Richard Rodgers, Oscar Hammerstein II, Howard Lindsay and Russel Crouse to create the original Broadway musical in 1959. The unforgettable score features some of the most memorable songs ever performed on stage, including ‘Edelweiss’, ‘My Favourite Things’, ‘Do-Re-Mi’, ‘Climb Ev’ry Mountain’, ‘So Long, Farewell’ and of course, the title song, ‘The Sound of Music’.

Playing the iconic role of Maria von Trapp is Emilie Fleming who became a household name when she was a finalist in BBC One’s Over the Rainbow with Andrew Lloyd Webber. Her musical theatre credits include the West End’s 20th Anniversary production of Les Misérables at the Queen’s Theatre. Andrew Lancel will reprise his role as Captain von Trapp. Andrew is best known as super‐villain Frank Foster in Coronation Street, a role that earned him a 'Villain of the Year' award at the British Soap Awards. He also played DI Neil Manson in the long‐running ITV television series The Bill and his numerous stage credits include Bill Kenwright’s touring productions of The Small Hand, Twelve Angry Men, and The Lady Vanishes.

Producer Bill Kenwright says, “The music and narrative of The Sound of Music are timeless. It’s a beautiful story about family and hope. The score transcends generations and the songs are known and loved by everyone.” The show is directed by Martin Connor and choreographed by Olivier Award winner Bill Deamer, with musical direction by Jeremy Wootton.

The Sound of Music will be at Milton Keynes Theatre from Tue 17th to Sat 21st March. You can find out further details and book your tickets here.