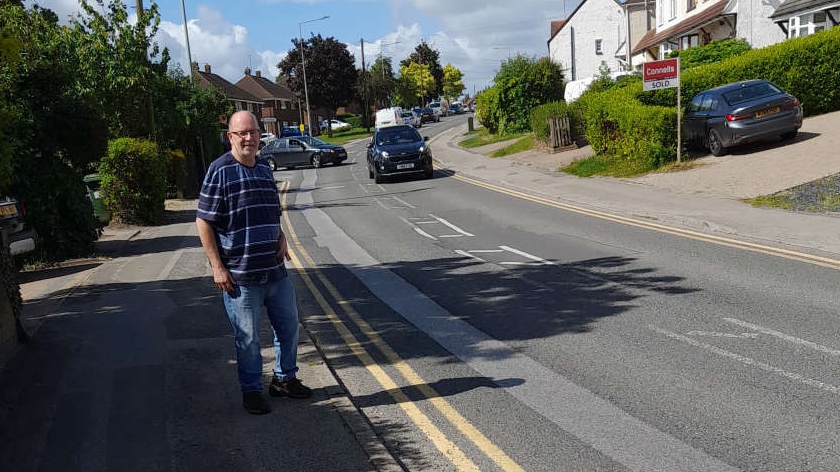 The local community are supporting proposals to introduce traffic calming measures on a busy road in Bletchley.

Councillor Nigel Long, for the Bletchley Park Ward, has been working with residents and West Bletchley Parish Council to put measures in place along Newton Road.

MK Council had recently conducted a survey which found that there was a ‘high volume’ of traffic alongside many pedestrians around the nearby school St Thomas Aquinas.

Milton Keynes Council is now proposing to add two speed bumps, in a bid to slow down traffic.

The speed bumps would be introduced between where St Mary’s Avenue joins Newton Road and the blind corner, opposite the Co-op store, which is just 50 metres away.

There are also potential plans to add double yellow lines on St Mary’s Avenue to ensure the junction’s visibility is clear.

Councillor Nigel Long said: “This stretch of road can be particularly dangerous around school pick up and drop off time, so it’s great to hear that there’s lots of support for the introduction of traffic calming measures. These speed bumps and double yellow lines would reduce the speed of traffic and ultimately make the area safer for everybody.”

If approved, the changes could be put in place later this year.