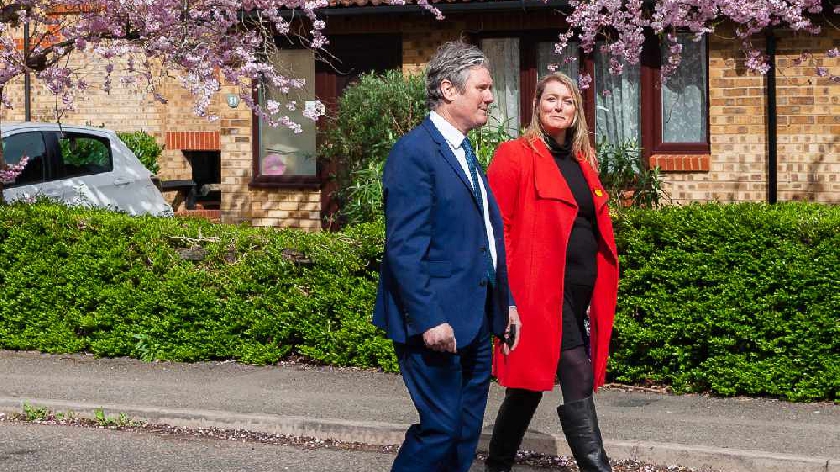 Labour’s Laetisia Carter puts tackling violence against women and girls at the top of her priorities if she wins the election to become the new Thames Valley Police and Crime Commissioner (PCC).

The mum of two is one of three red party councillors who upset the traditional Tory apple cart to win seats in Chipping Norton, Oxfordshire. She hopes to overturn Conservative expectations again on May 6 to become the PCC.

“You’ve got to have fire in your belly to be Labour in this area,” she said. “And be more than just a politician, you’ve got to stand for something and make people’s lives better.

“I really want to become the PCC because I believe I can make a real difference.”

Cllr Carter lost the Thames Valley PCC election in 2016 by 30,000 votes but only after second preference votes were counted.

She zeroed in on Lib Dem voters, whose candidate John Howson has finished third twice before, to make a difference in the ballot box.

“I lost by a small amount on the second preferences so I would appeal for first and second preference votes and for Liberal Democrats to vote strategically or they will get the Conservatives again and more of the same.”

She believes that being the “right woman” – gives her a unique perspective.

“Women are 50 per cent of the population and if all people have to choose from is another well-meaning middle class, middle aged white man then nothing much is going to change.”

She added: “I am not a career politician, I’ve worked across mental health and schools.

“I can see that we need real change, which is why I stood.”

Although she is involved in political battles she recognises that people are uncomfortable with policing and politics being mixed, and with the police being “used by the state”.

If she is elected Cllr Carter said she would present a positive message and be “constantly using my voice for the powerless”.

Cllr Carter would speak out on issues, including the tragic death of Sarah Everard and the lived experience of women.

“The PCC could have commented on the death of Sarah Everard, but their silence is deafening.”

Cllr Carter works with young people in Northamptonshire and has ‘passion’ for mental health issues and domestic abuse. She has advised police officers and worked on improving national policy on honour-based violence.

Her priorities include violence against women and girls, stopping the “decimation of neighbourhood policing” and highlighting visible policing to deal with issues like graffiti, fly tipping and the illegal use of motorbikes.