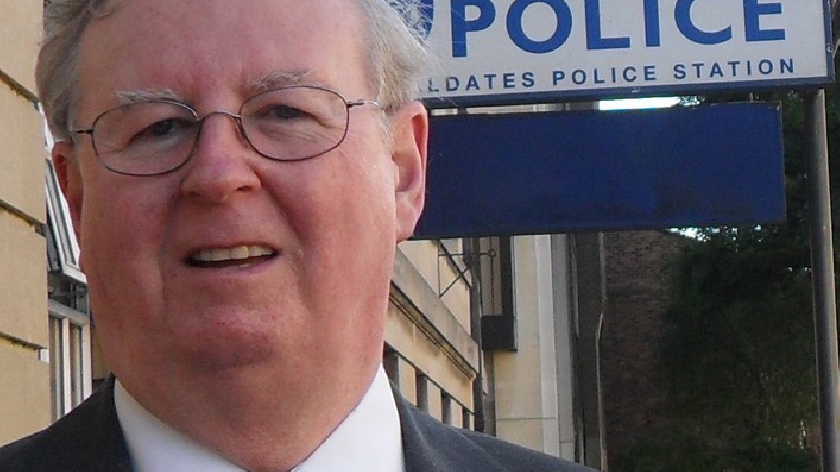 Being nearly killed in a horror classroom stabbing incident in 1977 has helped Police and Crime Commissioner (PCC) candidate John Howson to better understand the needs of victims, he says.

Liberal Democrat Cllr John Howson, who lives in Oxford, is one of four candidates seeking the votes of Milton Keynes residents for the right to be the next PCC for the massive Thames Valley force, which covers Buckinghamshire, Berkshire and Oxfordshire.

PCCs set the strategic direction of police services in collaboration with chief constables and are able to lobby the Government for more money.

“I was stabbed in 1977 when I was a teacher by someone who had been excluded,” he said in the first of a series of interviews with the PCC candidates.

“He thought someone had slighted him and I was the first teacher he recognised. I was stabbed three times but luckily they all missed vital organs.”

Cllr Howson has also been a victim of burglars on three occasions with one leaving his home “completely trashed,” he said.

“It has helped me to understand the importance of the criminal justice system for the victims,” he said. He said the incident gave him insights into how to train teachers.

Cllr Howson says one of the “really key things” to do is to stop young people from entering a life of crime in the first place.

And he sees cuts to youth services being a “major long term failure to invest”.

He has also been a magistrate for 20 years and an Oxfordshire councillor for eight.

Cllr Howson, who is twice divorced with no children, believes the top issues in Milton Keynes to be the city’s “big rise in violence” in the last few years.

Although he notes there has been a “spat about dog napping”, he adds that the figures are not showing this to be rife.

He also wants to deal with what he sees is a loss of trust in the police.

Cllr Howson, who runs a teacher recruitment business called Teachvac, wants to see the police being more visible in the community while also dealing with online fraud and nuisance phone calls.

“Those kinds of issues aren’t dealt with by having bobbies on the beat,” he said.

He added: “We need the trust of communities, and we need to be visible with PCSOs and to develop the role of special constables.”

If elected on May 6 he said the first thing he will do is write a letter to the justice secretary to say “if you want crime reduced, you’ve got to spend more money on the court system.”

Electors will get two votes in the PCC elections, with a first and a second preference. Cllr Howson believes he can win because “the progressive vote is bigger than the Conservative vote.”