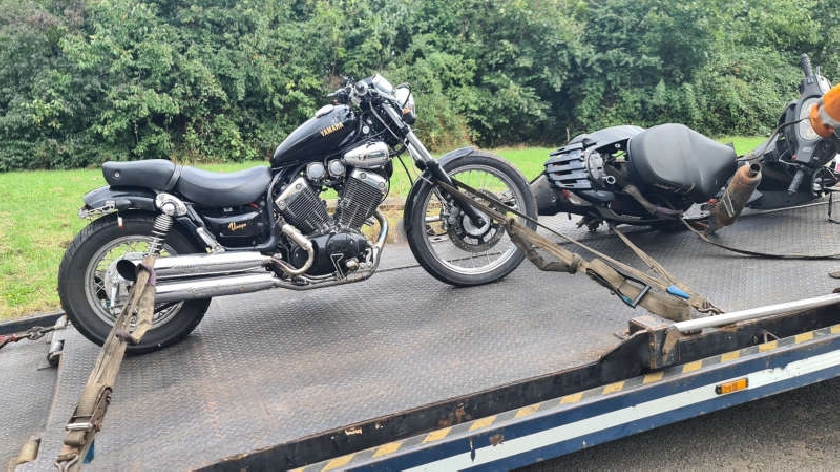 Police have seized two stolen bikes from joyriders that were riding around Milton Keynes estates.

The find came after officers saw one of the bikes being driven around the estate.

Joyriding on Redways and in estates across Milton Keynes is becoming a common problem with residents taking to social media to complain about noise regularly.

Thames Valley Police say: "Little did they know we had seen them but they didn't see us. They went off road and across some grass into some bushes, leaving tyre marks to a garden."

"As they came over the fence one of the officers called them by their name. The joyrider clearly wasn't expecting us to be on the other side and jumped straight back over. Both joyriders fled the house leaving the motorbikes behind."

Police sezied both stolen bikes and both joyriders were identified.

TVP say both owners have been informed that their bikes have been located and that officers are progressing the investigation.