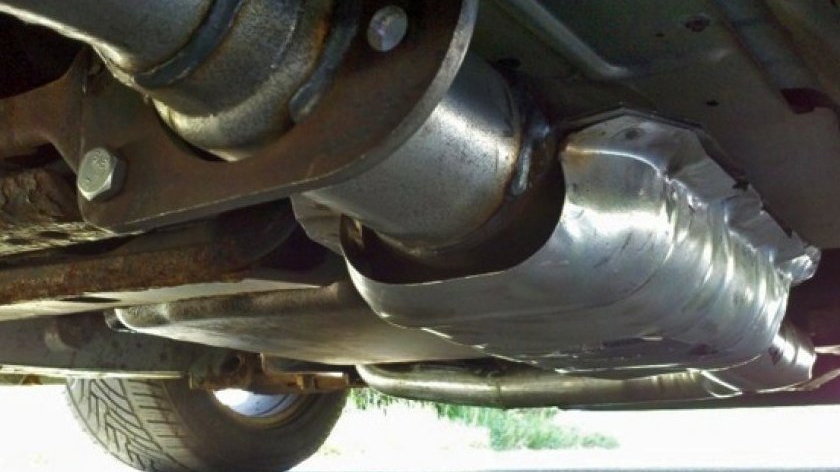 Thames Valley Police has intensified its action to tackle catalytic converter theft - something that has is becoming an increasing problem locally.

In many cases, offenders use car jacks to lift the vehicle and are able to remove the catalytic converter in a matter of minutes.

As this crime has been on the rise, from Monday 19 April, Thames Valley Police took part in a national effort to combat catalytic converter theft.

Local officers across the force co-ordinated activity with force intelligence teams, roads policing officers along with partner agencies to prevent these thefts from taking place and to disrupt those conducting this criminal activity.

During the week, officers worked with local garages to advise on options available to protect catalytic converters on vehicles, such as installing protective cages or applying a property marking solution such as Smartwater to the catalytic converters, making them less appealing to thieves and easier to trace if they are recovered after being stolen.

Officers also joined some of our partner agencies in visiting 92 scrap metal merchants and other businesses that collect and buy metal to share advice on how to spot thieves who may be looking to dispose of stolen catalytic converters.

Patrols in areas that have repeatedly been targeted were also carried out and advice shared with residents and businesses in these areas.

Detective Superintendent Jim Weems, leading the operation for Thames Valley Police, said: “Catalytic converter theft is on the rise nationally as well as in the Thames Valley due to the increase in price for the precious metals contained within them. Offenders are organised in their execution of the crime and often steal a catalytic converter in minutes.

“This crime has a significant impact on victims who find themselves without their vehicle to get around and often have to join a waiting list to obtain a replacement.

“There are three steps to reducing your risk of falling victim to this type of crime, protect, mark and park: Protect your car by asking your dealer if they can give you any advice on locks or guards that are approved by the vehicle manufacturer and tested to Sold Secure Gold standard.

“Mark your catalytic converter with a forensic marker and register your converter to make it harder for thieves to dispose of.

“Park your car somewhere well-lit and overlooked, amongst as many cars as possible. Try to park so the converter can't be easily reached, such as close to a wall or fence. Try not to park at the end of the row if there are free spaces.

“This week of action intensified our work along with other forces nationally but this activity is by no means a one-off for us. We regularly carry out operations to disrupt offenders based on the intelligence that we are constantly developing and work that has been conducted this week to prevent these crimes will continue and help us to identify more offenders in the long run.

“I ask the public to continue working with us in reporting any suspicious activity to the police, either online or on 101. If a crime is in progress then always call 999. Together we can beat catalytic converter thieves”