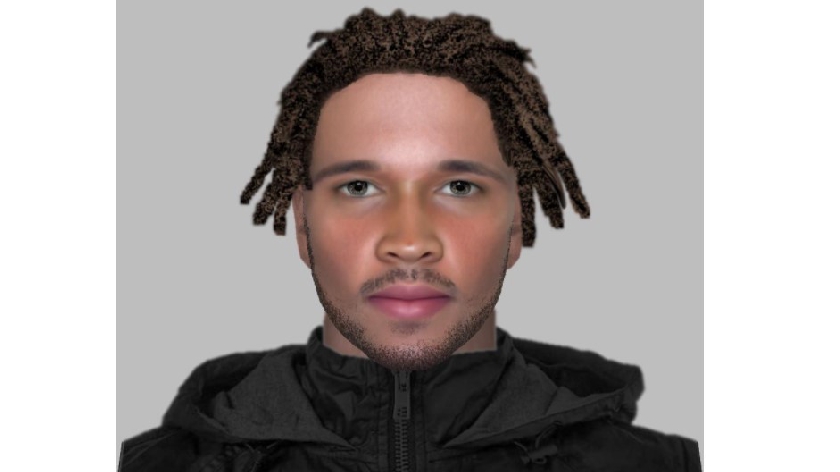 Do you recognise this man?

Thames Valley Police has shared an e-fit of a man that officers would like to speak to in connection with a robbery and stabbing in Bletchley.

At around 3pm on Friday 15 January, a 17-year-old boy saw his bicycle being taken by two men in Suffolk Close. Seeing this, a 40-year-old man cycled after the two men and caught up with them near to Middlesex Drive.

They then ran away in the direction of Cornwall Grove, leaving the bicycle.

The victim sustained a cut to his stomach and received treatment at Milton Keynes University Hospital. He has since been discharged.

The first offender, depicted in the e-fit image, is described as a mixed-race man, aged around 18 to 19-years-old. He is approximately 6ft 2ins to 6ft 3ins tall and of an athletic build. He was wearing a puffa-jacket and trainers.

The second offender is described as a man, approximately 5ft 9ins tall. He was wearing a dark jacket with the hood up, dark trousers and had a black backpack and a dark-coloured mask.

Investigating officer, Detective Constable Susan Russell, based at Milton Keynes police station, said: “I am appealing for anyone who recognises the man depicted in this image to come forward. I am keen to hear from anyone who may have any information that could help with this investigation.

“You can get in touch using our online form or by calling 101, quoting reference number 43210019410. Alternatively, you can contact the independent charity Crimestoppers anonymously via their website or on 0800 555 111.”