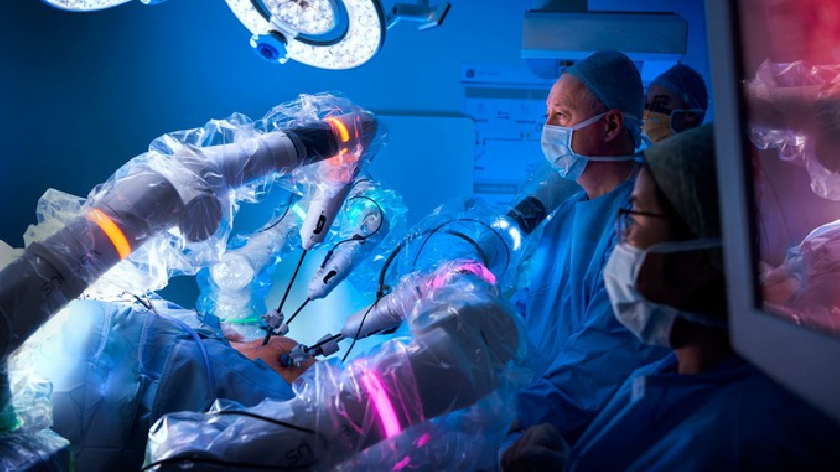 The Versius robotic arm technology has been hailed by doctors as "a leap forward in surgical precision".

It is being used to perform minimal access surgery, more commonly known as keyhole surgery, which can potentially reduce the patients recovery time and pain.

Versius is controlled by a surgeon, with its three independent arms mimicking human movement. The aim is to enable precise surgeries and make long procedures less strenuous for the surgeon.

Currently, the robot's use is to perform various colorectal surgeries, ultimately helping those with bowel disease or bowel cancer.

Versius is also being used at the Western General Hospital in Edinburgh. CMR Surgical, the medical firm behind the technology, says the two hospitals could perform over 700 minimal access surgeries each year.

CMR Surgical also says Versius could mean one less doctor is needed to perform the surgery, meaning they can perform surgeries elsewhere.

Milton Keynes is a hub for revolutionary technology.

In 2018, in a world first, delivery robots were introduced to the streets of Milton Keynes. They can travel up to 10 miles and hold 10kg of food or merchandise.