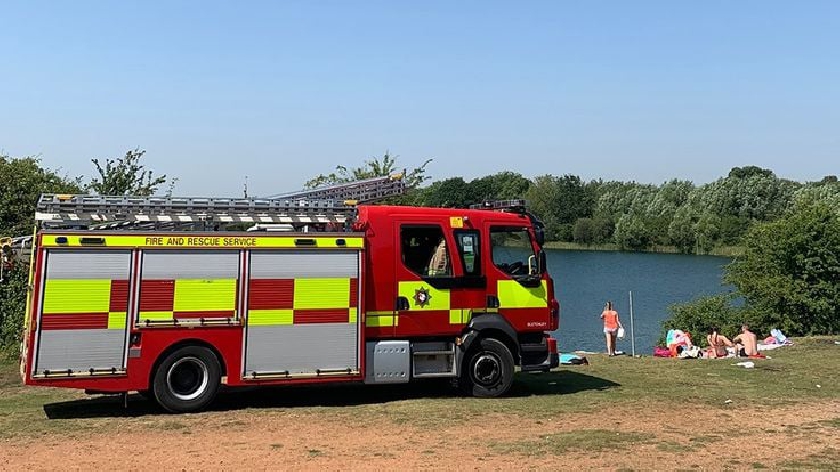 A safety warning has been issued following the tragic news that a man died after swimming in the River Great Ouse in Olney on Monday (31/5).

The incident took place near the Olney Recreation Ground; emergency services were called at 17:20 following reports that a man had "gone missing" and entered the water.

The man was soon located and rushed to hospital, but he sadly died.

This is the second death involving a person that was swimming in a Buckinghamshire-based river over the weekend, as officers also announced that a boy died after getting into difficulty while swimming in the River Thames in Bourne End.

And as the hot weather is set to continue for the next two weeks, people are being reminded about river and lake safety.

Buckinghamshire Fire & Rescue Service, Milton Keynes' local fire authority, said: "Please don’t be tempted to take a dip in rivers, lakes or canals, whatever the weather. Even good swimmers can be caught out by cold water and hidden dangers such as fast currents, deep holes, soft mud, weeds or rubbish."

The fire authority has also published the dos and don'ts about swimming in open water. These are as follows:

What NOT to do

- Never swim, even where allowed, after drinking alcohol

- If you find yourself unexpectedly in the water, don’t panic – extend your arms and legs out and float on your back until the effects of cold water shock pass

- The safest place to swim is in a supervised swimming pool. The water is clean, clear and warm, and there are lifeguards on hand if something goes wrong

- Be aware of the risk of cold-water shock, a physical response by your body when entering cold water, which can affect your breathing, reduce your muscle ability and can even lead to a heart attack

- Warn your children of the risks, and know where they are when they are out playing

- At home, keep small children away from ponds and pools and make sure they are supervised in the bath