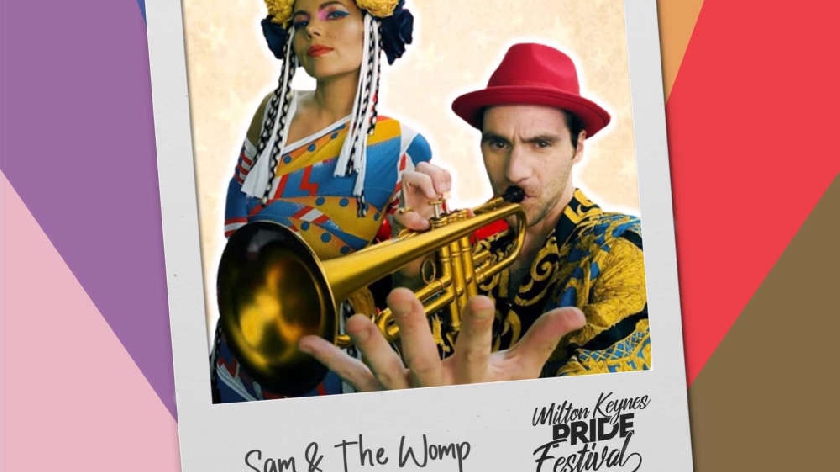 MK Pride Festival has announced it will be back this September, with some special guests.

MK Pride Festival has today (8/6), announced Multi-Platinum selling Sam and the Womp to this year's festival line-up. The band will be celebrating the 10-year anniversary of their 2012 number 1 dance hit BOM BOM.

The popular event, which sees crowds of around 10,000 attend, will be taking place at Campbell Park on September 10th.

This not-for-profit community event will once again welcome smiles, glitter, fur babies, families and friends for an enjoyable day that embraces the wonderful and diverse LGBTQ+ community.

The day-long event is full of music, comedy, food, drink, independent stalls, yoga, and so many more different workshops.

We are excited to announce @samandthewomp

“Multi-Platinum selling & NO1 UK band Sam & The Womp will bring their vibrant BRASS & BEATS to this years pride.
Celebrating their 10 YEAR ANNIVERSARY of their 2012 NUMBER ONE DANCE Phenomenon “BOM BOM.” pic.twitter.com/fvIs22h803

Flags were strung up along Midsummer Boulevard, from Milton Keynes Central Train Station, through the centre:mk and over the bridge to Campbell Park, with a colour-popping flower rainbow display ready to greet festival-goers at the entrance to MK Pride.