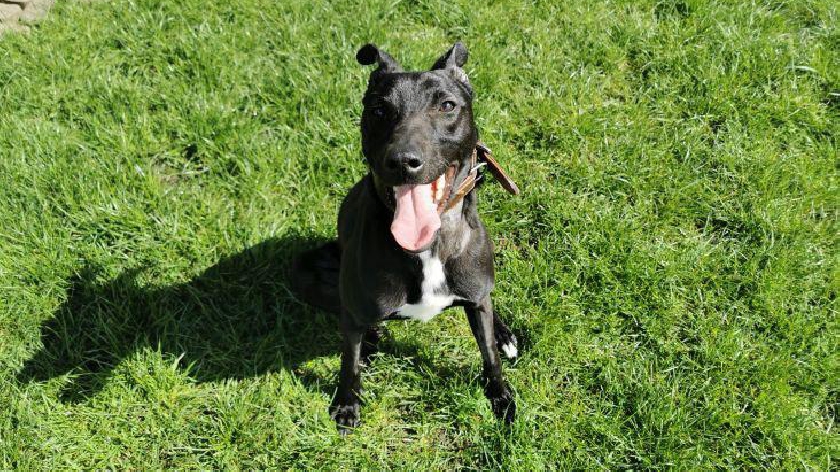 Can you help Percy find a home?

A dog found wandering around someone’s garden sick, underweight and splattered in red paint is ready for a fresh start.

RSPCA inspector Mel Fisher was called to Luton in March after a member of the public found the skinny dog wandering around in their garden.

Mel said: “Poor Percy had escaped from his home and was straying in the local area. He was skinny and had splashes of red paint on his paws and ears. Residents were concerned because he appeared to be unwell.

“When I collected him he was vomiting and vets at Blackberry Farm Animal Centre diagnosed parvovirus, a serious and highly contagious virus that attacks the intestines and can be fatal in young or weak unvaccinated dogs. 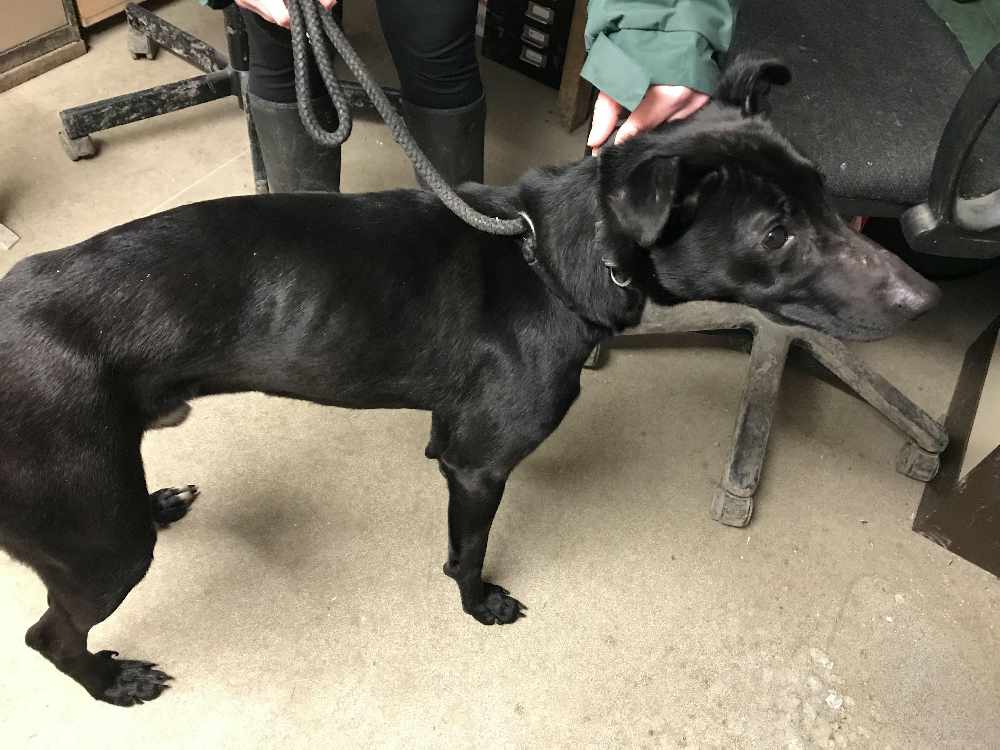 “It was touch and go whether he’d make it so we were all thrilled when he pulled through. We were eventually able to trace an owner who’d been struggling to take care of him financially and signed him over into our care.

“He’s an absolutely smashing dog, he’s super friendly and is full of beans. Someone will be very lucky to have him!”

The young lurcher is thought to be around one and is very bouncy and active.

Blackberry Farm animal care assistant Jodie Vincent, who has been looking after Percy, said: “Percy loves running and playing with his toys. His favourite thing though is sitting on your lap and having a cheeky cuddle. He’s such a softie!

“He does get a little over-excited at times and can be mouthy when playing so he’d benefit from some continued training and we think he’d be best suited to a home with older teenage children who are confident around dogs. 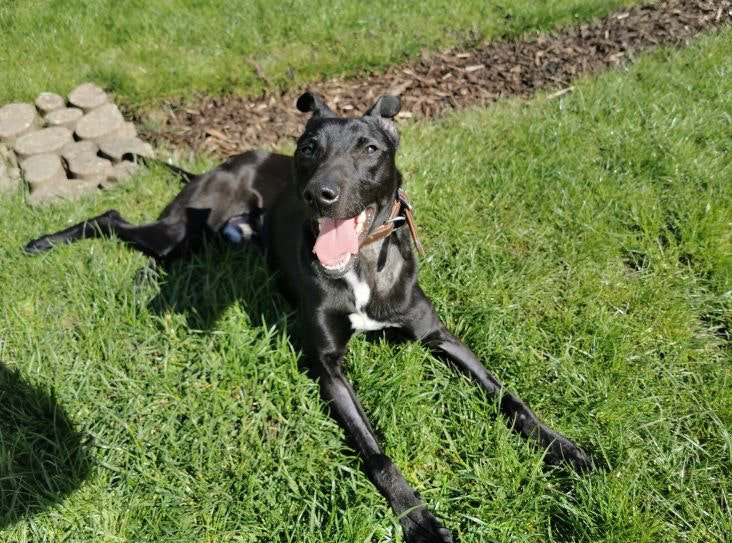 “We’ve been working on training at the centre but his recall isn’t great so he’ll need to remain on the lead and some additional training may help improve this.

“He has mixed well with some of our female dogs but will bark back if another dog barks at him. It’s really important to reassure him and keep him calm in these situations but our team will be happy to talk any new owners through how this works best.”

Percy likes to chase so he can’t live with cats or other small furry pets but may be happy living with a friendly, female dog. The team have been muzzle training with him and he wears a muzzle when out on walks.

Sadly, Percy is one of the estimated eight in 10 dogs believed to struggle with separation anxiety. For that reason he’ll need an owner who will be around most of the time to initially build up his confidence being left and help him relax at home before starting to teach him that it’s not scary being home alone.

Find out more about Percy from his online profile or contact Blackberry Farm, near Aylesbury, on blackberryfarm@rspca.org.uk or 0300 123 0752.