Statement on MK Council from the Milton Keynes Labour Group. 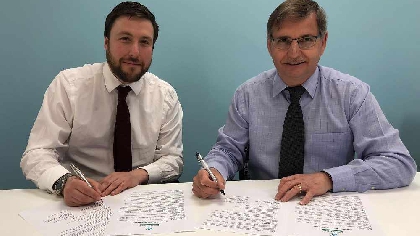 Peter Marland confirmsthe Labour Group and the Liberal Democrats will work together in a partnership. Labour will continue to lead MK Council as a minority administration.

After the elections held on Thursday 3 May 2018, Milton Keynes Council remains No Overall Control, as it has been since 2007.

Labour won most seats on the day with 8, the Conservatives 6 and the Liberal Democrats 6. It was a tough set of elections for us after a good performance in 2014. While we were disappointed to lose long serving councillor Gladstone McKenzie in Bletchley Park, we are very pleased to have won in the Tattenhoe ward for the first time.

No single party on MK Council has a majority and therefore needs to work with another party to ensure that the council has stable leadership, and is able to command the confidence of Full Council on vital issues such as Plan:MK and a viable budget.

I am pleased to say that after negotiations between all parties, the Labour Group and the Liberal Democrats will work together in a partnership. Labour will continue to lead MK Council as a minority administration.

The main thing is to now get on and deliver on the issues that matter to the people of MK; fixing potholes, ending homelessness and protecting our services from the impact of Tory austerity. The next few months will see decisions that are vital to the future of our city, but the fact remains that cuts and increasing demand for services such as social care puts the very future of local councils at stake, as we have seen at Northamptonshire.

To serve as Leader of MK Council for the past four years has been an enormous honour and I will continue to work with all parties to improve our great city in the year ahead.”

A statement from the Lib Dems read, '' Under the new Enhanced Partnership the Labour Group will continue to run the Council in return for delivering the whole of the Lib Dem manifesto and giving the Lib Dems and enhanced role in formatting future Council policy.''

Cllr Douglas McCall, said, “We have had a successful partnership with Labour over the last two years, and have agreed to enter into an enhanced partnership, which allows the Lib Dems to have a major influence on Council policy, and in which the whole of the Liberal Democrat and Labour manifestos will form the Council Plan”.

“The Partnership will continue to provide stability for the Council when moving forward on the big strategic issues such as Plan:MK and the 2050 Project".

"It also protects the Council from the Conservatives reckless spending plans. They wanted to raid the Council’s reserves. In these times of austerity financial prudence is key, and we don’t want to follow the lead of neighbouring Conservative run Northamptonshire County Council, which only leads to bankruptcy”.