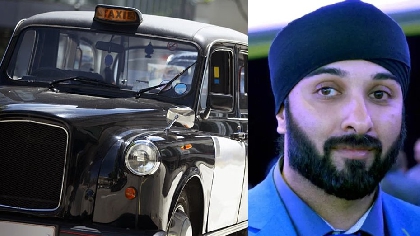 A taxi driver who claimed he lost his job following a complaint made by Milton Keynes Local Police Area Commander Gez Chiariello had previously lost his private hire taxi licence.

MKFM can exclusively reveal that Jasvir Puni (locally known as Jas Singh Puni) , who claimed he had lost both his job and livelihood as a result of the row with LPA commander Gez Chiariello, had previously lost his taxi licence during his career and had a string of driving offences and had received a number of warnings.

One taxi driver, who asked not to be named, told MKFM that Puni had received a police caution for assault, had received several complaints from female passengers as well as having a number of licence and motoring offences including plying for hire. Local media reports had suggested that LPA Commander Gez Chiariello, who was off duty at the time, had called Mr Puni a ‘cocky tw*t’ and called upon a number of other police officers into the dispute with Mr Puni.

A long-standing member of the taxi industry told MKFM ''The incident with Gez the copper sounded very typical of Mr Puni. We were surprised that Puni had received a hackney taxi licence considering his previous record as a private hire driver.''

Since the local media reports, Mr Puni has taken to social media to further discredit both Mr Chiariello and Thames Valley Police.

LPA Commander Gez Chiariello who has been nominated for an MK inspiration award for his services to the community is currently suspended from the force pending an internal investigation. According to Mr Puni's Facebook page, he posted a few weeks ago that he is now working as a Gas installer.