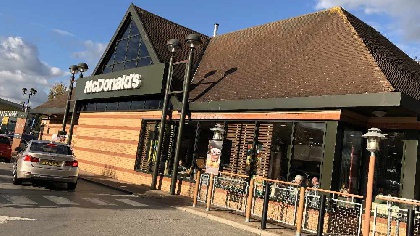 Police were called to a disturbance in Westcroft, Milton Keynes, on Monday afternoon.

MKFM understands that the restaurant closed for around 30 minutes whilst the matter was dealt with. Staff and customers were reported as being ''fine'' following the incident.

Deputy LPA Commander for Milton Keynes, Chief Inspector John Batty, said: “We have seven people in custody and the situation is under control.

“We will be continuing to work with partner agencies in the coming days, and you may also notice an increased police presence as we continue to investigate the incident.”

Anybody who witnessed the incident, or has any information, are asked to contact 101, quoting reference number 43180145524.