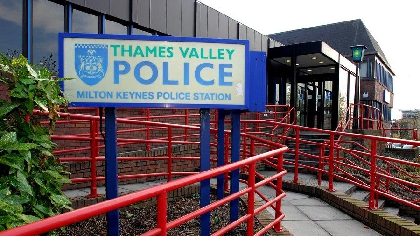 Formal identification took place today (13/8) to establish the identity of the man who died in the early hours of yesterday. He was 29-year-old Ronnie Wrighting, from Milton Keynes.

Police confirmed an altercation took place between a group of males in Duparc Close, Browns Wood. During the incident the victim sustained injuries and two males then left the scene on a moped.

Police subsequently received a report from the ambulance service shortly before 11pm. The victim, who had left the scene in a taxi, was being treated for his injuries in Gibbwin, Great Linford. He was taken to hospital where he subsequently died yesterday.

A Post-Mortem examination took place yesterday and established the cause of death was from a single stab wound to the abdomen.

“Ronnie’s family is being supported by specially-trained family liaison officers at this extremely difficult time for them.

Two people aged 14 and 17 have so far been arrested in connection with the incident.

“If you have any information which could assist our investigation, please call our 24-hour non-emergency number, 101.”