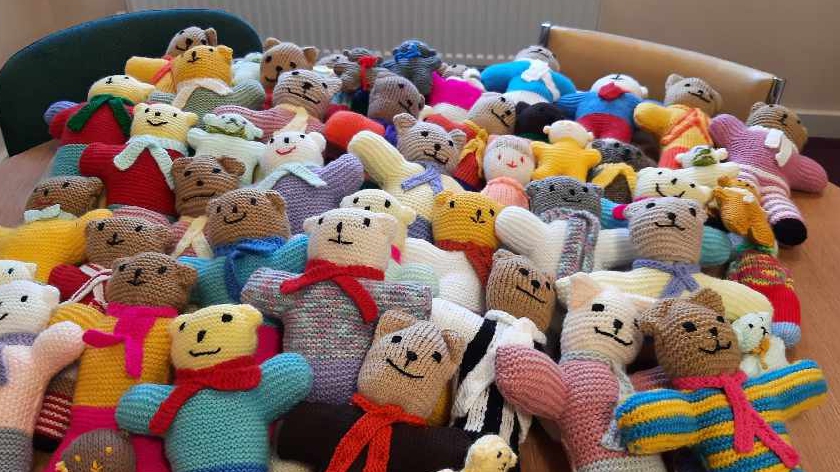 A number of 'trauma bears' have been donated to Thames Valley Police which will be given out to young victims of domestic abuse.

Taking to social media to express their thanks for the donations, a spokesperson for Thames Valley Police said: "Met with Kirstie today & DC2372 Greg Davenport from Domestic Abuse Unit where Kirstie handed over the most adorable and gorgeous teddies knitted & crotched by the wonderful 'Trauma Bears for TVP' Group.

"Thank you so much. They will be well received."

Due to the recent lockdowns, domestic abuse has unfortunately been on the rise throughout the UK. Between March and June 2020, police recorded 206,492 domestic abuse-related cases, which a 9% increase when compared to the same period in 2019.

Due to this worrying increase, the Chancellor, Rishi Sunak, has set out an additional £19 million in funds in an effort to aid domestic abuse victims.

The £19 million will be used to tackle domestic abuse in England and Wales, which will offer support to victims and work with perpetrators to prevent them from reoffending.

By 2023, an extra £4 million will be put towards funding a trial network of ‘Respite Rooms’ that will support homeless women who face abuse while living in poverty-stricken conditions.

Locally, MK Act is a charity that works with hundreds of families through Milton Keynes to help them move on from fear and abuse. They have been supporting victims and providing them with emergency safe accommodation for over 40 years.

For more information about their services and what help they offer to victims, please click here.

However, if you are ever concerned that your safety is immediately at risk you should always call the police by dialling 999 in an emergency.