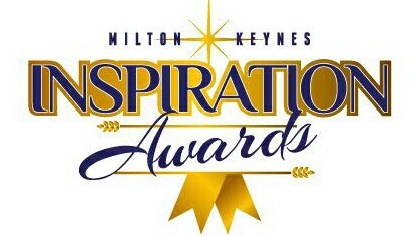 The MK Inspiration Awards finalists have been announce ahead of the ceremony this June.

The MK Inspiration Awards is an annual event celebrating the inspirational teams and individuals across Milton Keynes and surrounding areas.

The people of Milton Keynes have been nominating over the last 3 months and the finalists have now been announced.

Among the highlights are MKFM's own DJ Hurley and Vicki McCarthy who are both nominated in the Radio Presenter category.

Also, Kingston Tesco MK has been nominated in the Outstanding Achievement Award after their work for local causes such as their support with MKFM's Community Challenge. MK Food Bank is nominated for Outstanding Local Charity for their great work including that with MKFM.

To get tickets to the awards evening on the 22nd June, visit their website. 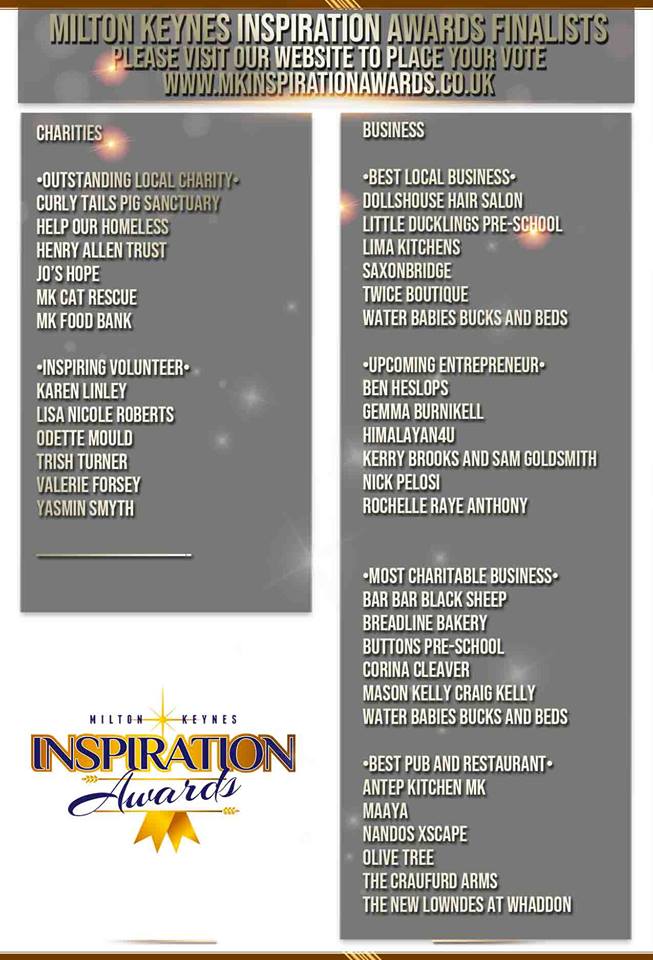 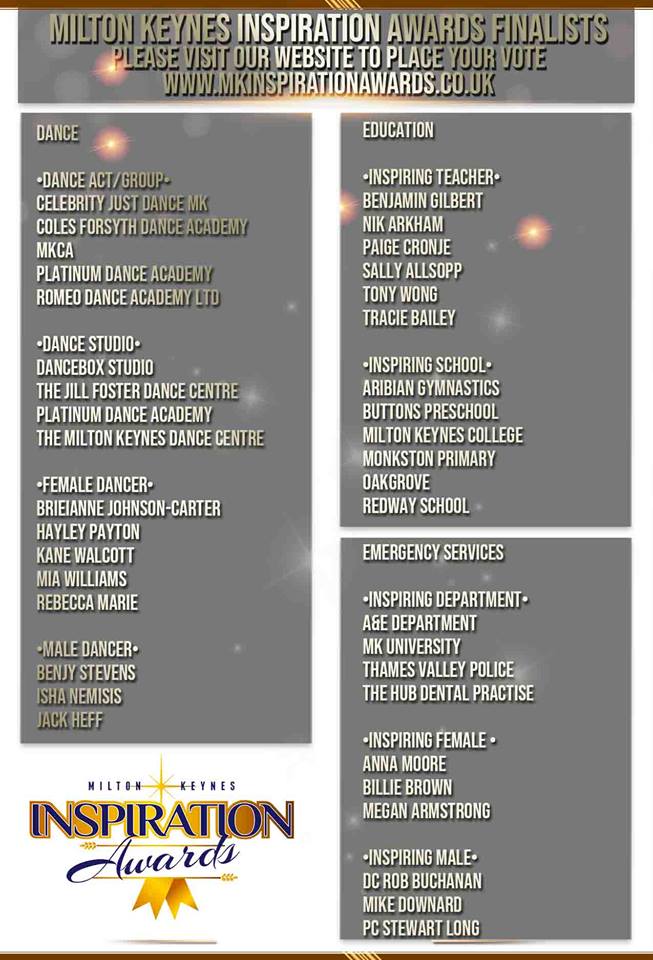 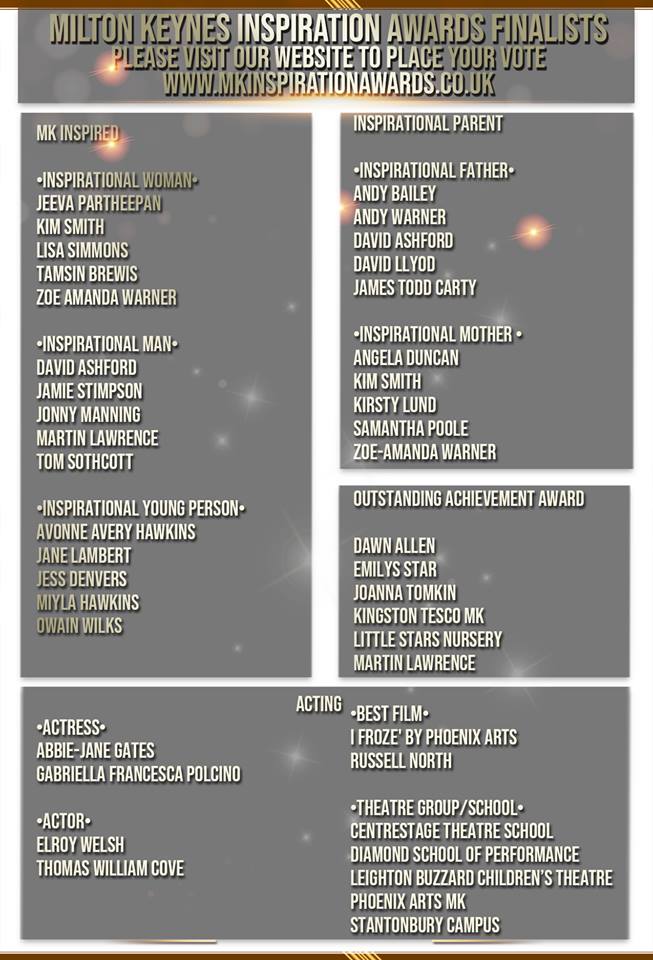 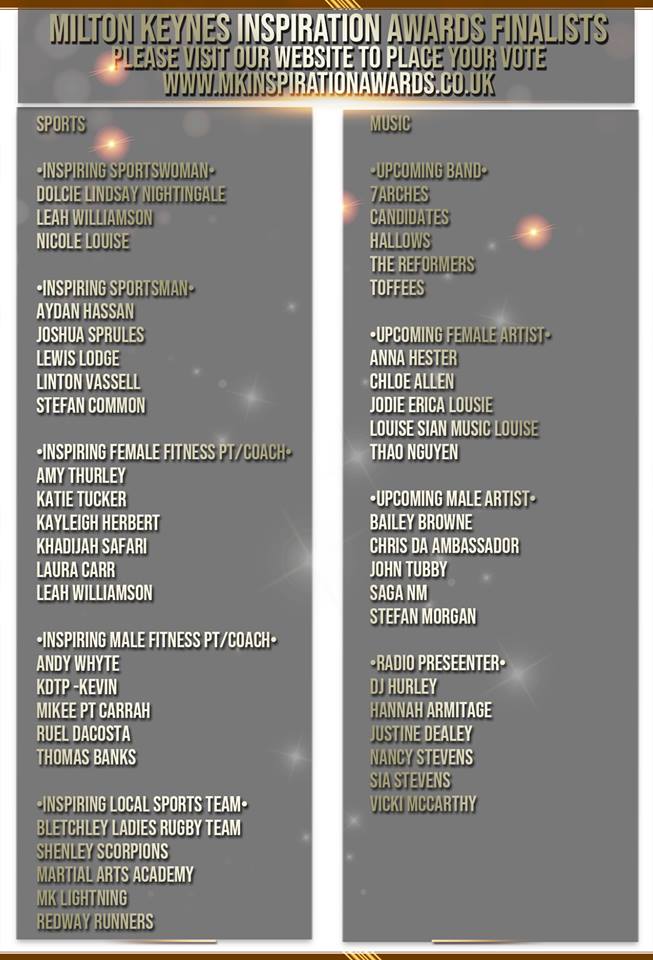