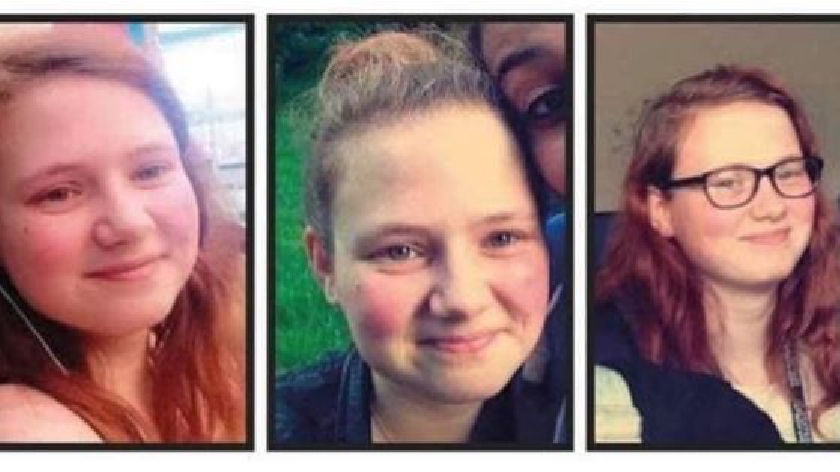 Leah was last seen on Buzzacott Lane in Furzton, just after 8.15am on Friday 15 February

She was walking in the direction of Loxbeare Drive and Chaffron Way.

Leah’s family last saw her in Quantock Crescent, Emerson Valley, in Milton Keynes at around 10pm on Thursday 14 February. Leah was reported missing to police the next day, 15 February.

Officers are now appealing for information following reports from three witnesses of a female that could possibly have been Leah by Furzton Lake on 15 February between 9.30am and 11.15am.

The first witness, who was walking alone along the wooden boardwalk on the eastern side of the lake, saw a female between 9.30am and 10am.

The witness described her as white, aged approximately 20, around 5ft 4ins tall, with dark brown, shoulder length hair. She was dressed in a black mid-thigh length coat, with the front zip undone, dark trousers and what appeared to be white earbuds in both ears.

The witness described the female as using her phone, and appeared to be typing using both thumbs.

The witness walked past her and said ‘Excuse me’, to which the woman replied ‘Oh sorry’.

The other two witnesses, who were walking anti-clockwise around Furzton Lake together, saw the woman between 10am and 10.15am near the sports pavilion, and described her as being visibly angry, upset and crying.

They then saw the woman again around 20 minutes later just after passing the Premier Inn, and described her to be in a calmer state. They also believe she may have been speaking to somebody on her mobile phone.

Chief Inspector Neil Kentish, Deputy Local Policing Area Commander for Milton Keynes, said: “We are very eager to establish the identity of the person who was described to us by the three witnesses.

“Even if this person was not Leah, we would still like to speak to them so that we can eliminate the sightings from our enquiries.

“If you believe that you are this person, or you know who it was, please contact us as it will greatly assist with our investigation.

“I would like to take this opportunity to remind people of Leah’s appearance; she is white, slim, with below shoulder length brown hair and sometimes wears glasses.

“Leah was last seen dressed in a black coat, skinny black jeans, black Converse high top shoes and carrying a small black rucksack. We have previously released images of clothes that are similar to the ones she was wearing when she went missing. I would particularly remind people of the grey hooded top with the colourful ‘Stewartby Taekwondo’ logo that Leah was wearing underneath her jacket.

“I still believe that someone, somewhere, has a vital piece of information which will help us to find Leah. If you have, and for whatever reason you haven’t already come forward, I would urge you to think of Leah’s family and contact the police.

“Our ongoing investigation has been extensive; we have brought in resources and expertise from across the force and external organisations, including the Major Crime unit, family liaison officers, specialist search teams, the Mounted Section, police dogs, marine specialists, and the National Police Air Service.

“Our searches have been extensive across Milton Keynes in Emerson Valley, Furzton, Shenley Lodge, Knowlhill and Bradville, however we have found no trace of Leah.

“We have also visited more than 4,000 homes, spoken to 100 potential witnesses, and received more than 200 reports of potential sightings of Leah across the country. All of these reports have been investigated but as yet none have resulted in a confirmed sighting of Leah.

“Finally, I would like to thank everyone who has helped our investigation and would urge the public to continue to share our appeals on social media and come forward with any information they may have.”

The following message has been issued by Leah’s parents, Claire and John Croucher:
“It has now been 62 long and heart-breaking days since our beautiful, wonderful daughter Leah vanished into thin air. When Leah was first reported missing we honestly believed that she would be home very soon. But that hasn’t happened and as each subsequent day begins we are filled with despair that another night has come and gone and we have received no phone call or visit meaning that Leah is still missing.

“People ask us how we carry on and the truthful answer to that question is we just don’t know. We have no choice. Getting up is the hardest thing to do each day. But the hope that the day will bring us our daughter is what spurs us on.

“It broke our heart to hear that no members of our family were celebrating Mother’s Day as a show of support to us.

“As a family we are suffering as a whole; as individuals we are full of despair. It takes us all our efforts not to go through the streets screaming her name and banging on people’s doors demanding to be let in so we can search and make sure she is not there.

“How does a person in this day and age just vanish without a trace?

“The very generous reward offered from within the local community brought a number of reports of possible sightings of Leah but sadly none of these have turned out to be Leah.

“But if there is somebody out there who knows where Leah is or where she was going please, please let us or the police know.

“If you know or suspect anything at all about Leah’s disappearance, please report it, no matter how insignificant you think it may be. Many, many people have contacted the police and we are so grateful for the public response.

“One further piece of information, especially when taken against what the police have already established, may be all it takes to find Leah.

“Leah, if by some miracle you have run away of your own accord and are surviving out there somehow with no friends, money, clothes or phone and you can see, hear or read this – please come home. We love you. We miss you. We want you home.”

If you have any information visit the dedicated website for this investigation, which is https://mipp.police.uk/operation/43H218A55-PO1/ call 101, or visit a police station, quoting reference number 43190049929.