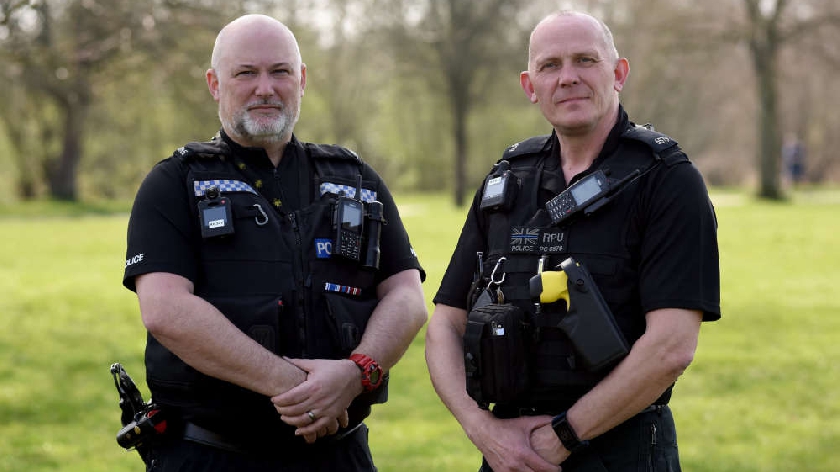 On Monday (25/4), Mary McCann, aged 35, of Bamford Avenue, Derby, was sentenced to four years’ and one month imprisonment and disqualified from driving for seven years’ and two weeks’, following which she will have to take an extended retest.

At around 11.10pm on Monday 9 August last year, McCann was driving northbound on the M1 between junctions 14 and 15 when she drifted from lane two into lane one and collided with the back of a white Scania HGV.

That night, PC Matt Diduca and PC Colin Riley from were deployed to the collision. Information came through quickly that the collision was very serious and involved young children.

As the two officers reached the tailback to the M1 they were stopped by four lanes of stationary traffic and no hard shoulder, due to a smart motorway being constructed.

PC Diduca got out of the car and run several miles to the scene, with no kit.

Once he arrived at the scene, he was faced with one child who had been ejected from the vehicle suffering non-survivable injuries, and another young child who was in cardiac arrest.

Firefighters performed CPR, but tragically the two children died at the scene.

The driver of the car was the mother of the children and was understandably distraught.

PC Diduca recognised that she smelt of alcohol, meaning she was also a suspect. He took control of the situation and began to complete the scene assessment under incredible stress.

Both officers managed to build a rapport with the mother, securing her co-operation with roadside and hospital procedures.

PC Diduca said: “When I arrived at the crash it was a scene of devastation. I was trying to help the fire crew save the children, but I was also mindful that this was potentially a crime scene and I had to do my job. Also the mother was intoxicated and was trying to end her own life.

“The enormity of the job doesn’t dawn on you until afterwards. It was very hard to keep my emotions in check. I feel humble to have won this Award, although any officer would have done the same. But because it’s from my peers, it makes me feel very proud.”

PC Riley said: “It was harrowing, but we had to stay professional. The mother was over the drink drive limit, but we treated her with compassion, because she’d just lost two of her children. We sat with her and tried to calm her down, and we knew we had to get a sample of breath or blood from her.

“We took her to hospital so we could take blood, and I’d like to thank Northampton General Hospital, whose staff helped us and looked after her as well.

“I have mixed emotions about winning this Award – it’s part of our job, it’s what we deal with week in. It’s nice to be recognised, but it’s under very sad circumstances.”

Thames Valley Police Federation Chair Craig O’Leary said: “This was an extremely upsetting and emotionally charged collision, but these two officers’ actions in dealing with the initial scene and grief-stricken mother were of the highest standard.

“Matt and Colin showed exceptional professionalism, quick decision-making and empathy while on scene, and managed the initial response under extreme emotional pressure.

“Our thoughts remain with the family of the little ones who lost their lives that day.”

PC Diduca and PC Riley will attend the 2022 Thames Valley Police Federation Bravery Awards on 28th April where they will collect an Excellence in Policing Award.

The Awards are in association with Uniform Mortgages.