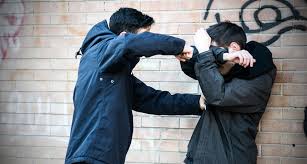 A small minority of teenagers are turning to violence against other people as their crime of first resort, a meeting heard.

The SaferMK Partnership of council, police and youth justice teams, wants to reduce incidents of violence in the city by spotting problems as early as possible.

“There’s a trend among young people coming into contact with the youth justice system to committing acts of violence against other people,” said Gavin Sandmann, the head of youth and community at Milton Keynes Council.

He added that “10 or 15 years ago” young people who were involved in crime were more likely to be involved in shoplifting. “The trend now is in violence against the person.”

The meeting on Thursday (April 18) heard that the number of young people coming into contact with the youth justice system for the first time was higher than the national average in Milton Keynes.

The numbers are relatively small, and are forecast to decline in the next six to 12 months, and Mr Sandmann said the actual numbers are fewer than 15 years ago. But he said the children coming into the system have more complex problems.

“Complexity is increasing,” he said. “The cases are becoming more complex, with more needs. There are some difficult young people who are becoming involved with gangs and with crime that crosses county lines.”

Numbers crunchers who have been poring over the data say that 80 per cent of the young people in Milton Keynes who are coming into contact with the law come from a “white British” background, higher than the national average of 75 per cent.

They are also spending a lot of time out of school, and Mr Sandmann added: “If they are not in school, you’ve got to wonder what they are up to.”

Some 70 per cent of troubled children have also been identified as having problems with speech and language, and communication needs. “This affects their lifestyle, behaviour and life choices,” Mr Sandmann added.

The meeting heard that a variety of activities are taking place across the city to prevent offending and reoffending. This includes working in schools to prevent gang affiliation and boxing clubs.