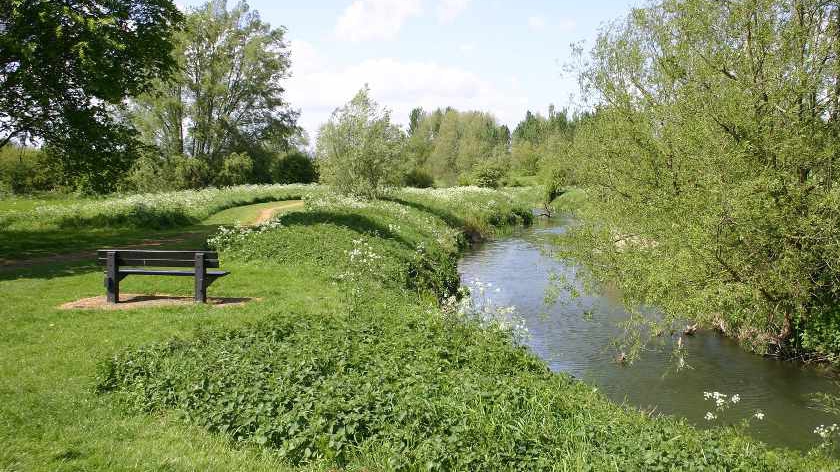 A woman had her gold ring stolen in a 'frightening' knifepoint robbery at Ouzel Valley Park on Monday (7/6).

The incident occurred at the junction of Colliers Wood and Goldhawk Road in Monkston Park, part of Ouzel Valley Park, at approximately 11.10am.

The victim, a woman aged in her thirties, was approached by a man, and following a brief discussion, the offender took out a flick knife and asked the victim to hand over her gold ring.

The victim took the ring off and handed it to the offender, who then left in the direction of Woughton on the Green.

The offender is described as a black man, approximately 20-years-old.

He was around 5ft 7ins to 5ft 8ins tall with a very slim build.

He had short curly hair, with the top part of his hair shaved into a rectangular shape.

He had a bony face with prominent cheek bones, but was wearing a black face mask.

The stolen ring is thin white gold with a large light green stone with five small diamonds on either side of the main stone.

The victim was not injured in the robbery.

Investigating officer Detective Constable Sebastian Kuzoe, of the Priority Crime Team based at Milton Keynes, said: “This was a frightening ordeal for the victim.

“Although she was not injured, she had her gold ring stolen from her by this man, who threatened her with a flick knife.

“I am appealing to anybody who was in the vicinity of Ouzel Valley Park at around the time of the incident on Monday who believe that they witnessed this incident to please contact police.

“I would be particularly keen to hear from anybody who recognises the description of the offender, or who perhaps has picked up footage from mobile phone cameras of the incident to get in touch.