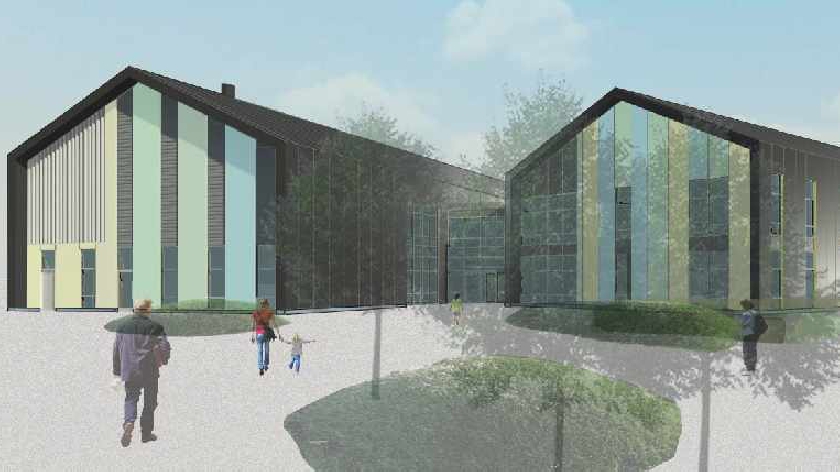 Work has started on the first of two new primary schools in the eastern part of Milton Keynes.

The MK Mayor David Hopkins performed the official turf cutting ceremony yesterday on the new site at Eagle Farm, in the Wavendon area of MK.

The £8m new school will be the home of St Mary’s Primary School, currently based in Wavendon, with the existing children moving there in September 2019.

The new school will be able to cater for all of the new children arriving in the Eagle Farm development as it will cater for more than 600 pupils.

It is part of the planned expansion of MK, which will provide 2900 new homes for Milton Keynes.

The Mayor was joined by the head teacher Amanda Dicks, governors and children from St Mary’s.

Cllr Hopkins says, “This is an exciting development for the school staff and children who are already planning to bury a time capsule on the site later in the year.”

The project is managed by Milton Keynes Council, and will be built by Willmott Dixon.