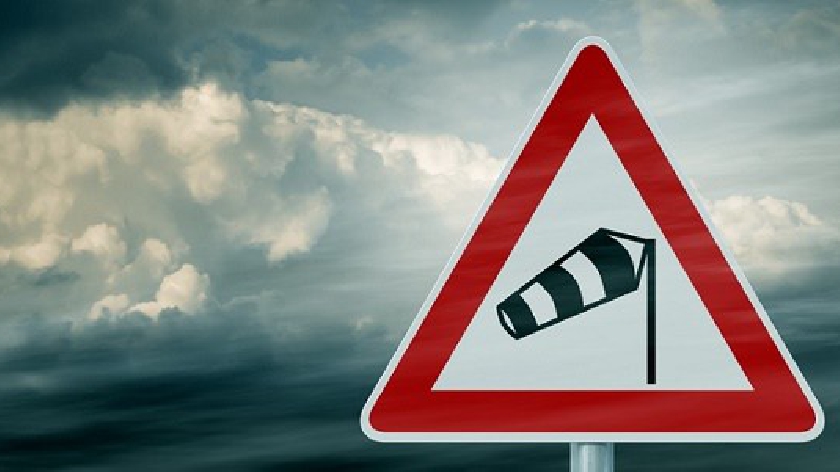 The Met Office have issued a weather warning for Milton Keynes for this weekend as Storm Ciara is set to hit the city.

Winds of up to 80mph are set to batter parts of the UK, causing travel disruption and loss of power.

Milton Keynes is predicted to see maximum winds of 30mph, and they will be at their peak on Sunday lunchtime.

The Met Office has issued a yellow weather warning for wind covering the whole country on Saturday and Sunday, with the third named storm of the season threatening to be the biggest yet.

Forecasters claim there will be "impacts across the whole of the UK" between 6pm on Saturday and midnight on Sunday.

He said conditions will go from "rather benign" to "very unsettled".

"There's the potential for 80mph gusts in exposed locations across parts of the UK," he added.

The Met Office warned that some delays to road, rail, air and ferry transport should be expected, with a small chance that some roads and bridges could close.

There is also a possibility of power cuts across the country, with the potential to affect other services including mobile phone coverage.

Additionally, there may be a slight chance of some damage to buildings.

Mr Madge warned of the risks of "coastal flooding, large winds across sea fronts", adding, "we could also see some impact on networks, both phone and power".

Winds will begin to increase on Friday as February's calm start comes to an abrupt end.

Mr Madge said there will be some strong gusts ahead of Ciara and that Friday and Saturday will see winds strengthen even more.

However the high speed winds are "not likely to reach their peak until the middle of the warning period", through Sunday.

Sky News weather producer Christopher England said: "It looks like it will turn very windy over the weekend, with severe gales or storm force winds possible in place by Sunday.

"The Met Office have named the storm, because of the likelihood of disruption."

Storm Ciara - the third named storm of the 2019/20 winter season - follows Storm Atiyah, which hit on 8-9 December, and Storm Brendan, which brought wind and rain to the country on 13-14 January.