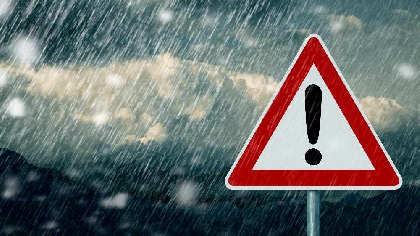 The Met Office have issued a yellow weather warning for more rain in Milton Keynes tomorrow, with thunderstorms also likely to affect southern parts of the UK from late Thursday morning through the rest of the day.

Thunderstorms are expected to move northwards into southern and some eastern parts of England during Thursday morning, with further heavy showers and thunderstorms developing across a wider area during the course of the afternoon and evening.

Any thunderstorms over eastern England and the north Midlands will move through relatively quickly, but further south and west, they could become slow moving and lead to torrential rain in some places.

There is the potential for 30-40 mm of rain to fall in an hour and perhaps as much as 60-80 mm in 2-3 hours. As well as this, frequent lightning and large hail are possible.

The Met Office warning means we should expect the following in Milton Keynes:

Following the heavy rain on Sunday, Milton Keynes Council has launched a £100,000 fund for those affected by it.